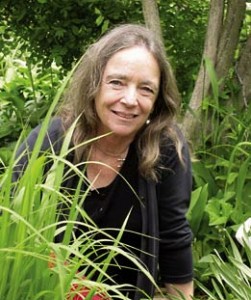 Dr. Ursula Goodenough is currently professor of biology at Washington University in St. Louis. She earned her M.A. in zoology from Columbia University and in 1969 she completed her Ph.D. at Harvard University. Goodenough was the assistant and associate professor of biology at Harvard from 1971 to 1978, before moving to Washington University. She wrote three editions of a widely adopted textbook, Genetics, and has served in numerous capacities in international biomedical arenas. Goodenough joined the institute on Religion in an Age of Science (IRAS) in 1989 and served continuously on its Council and as its president for four years. She has presented papers and seminars on science and religion to numerous audiences, co-chaired three IRAS conferences on Star Island, and serves on the editorial board of Zygon: Journal of Religion and Science. Her best-selling book, The Sacred Depths of Nature, has resulted in her taking this concern to dozens of college campuses in this country and participating in television productions on PBS, as well as on NPR radio broadcasting.

The Sacred Depths of Nature by Ursula Goodenough (1998).