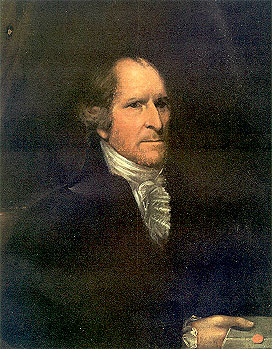 Courtesy of the U.S. Army Center of Military History

This Unitarian George Washington appointed adjutant general, and then as quartermaster of the army. He was a representative in the Pennsylvania delegation that ratified the Constitution of the United States.

Here is a US State Department profile: