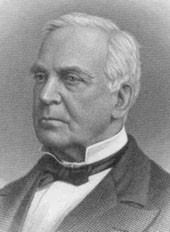 He was an important early educator in the Universalist movement. Sawyer was born on January 9, 1804 in Reading, Vermont. He received both a B.A. (1829), and an M.A. from Middlebury College (1833) after many years of financial hardship. In 1830 he was called to the Orchard Street Universalist Church in New York City, where he remained for fifteen years. During this successful ministry he started the periodical, The Christian Messenger, and was its co-editor for a number of years. The society was able to purchase its leased building in 1834, and launched a Sunday School in 1835. As early as 1832 Sawyer became an advocate for a prescribed course of training for Universalist ministers. He was also a founder and prime mover of the Universalist Historical Society in 1834, and was its secretary and librarian for more than fifty years.

In the 1840s he began to agitate more loudly for the establishment of a Universalist training school for ministers. He advocated combining many of the numerous Universalist periodicals to save money, and eventually use these funds to start a theological school.

When Sawyer was asked to develop a plan for the overall organization of the Universalist General Convention, he gave a final report in 1844 that was eventually enacted. In that report he called for a “more uniform and more wholesome Discipline” within the Universalist ranks. Sawyer’s direct involvement with education began in 1845 when he began to preside over the Clinton Liberal Institute (New York), a Universalist secondary school, where he began some separate training for theological students. He remained there until 1852. In 1847 Sawyer issued a call for an education convention, and eventually Tufts College grew from this meeting. At that time he returned to the Orchard Street Church for another nine years of ministry. He spent some of the 1860’s in retirement, but took one hiatus to edit the Christian Ambassador for three years. He was then convinced to take a position as the first faculty member, a professor of theology, at the new divinity school at Tufts from 1869 until 1890 when poor eyesight forced his retirement. He died on July 24, 1899.