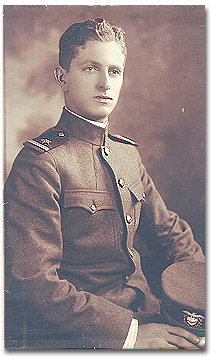 Unlike his distinguished older brothers, Sewall Wright and Quincy Wright, “Ted” was a doer, not a thinker, an athlete, engineer and administrator who turned away from the academic life of his family to live in the world of business and government until he went to Cornell University as Vice President for Research in 1948. Yet he always admired the idealism of his ancestors, particularly two great-grandfathers, the noted abolitionists, Elizur Wright (1804-85) and Beriah Green (1795-1874). So there was a continual tension between the requirements of designing war planes and dealing with politicians versus the Socialist and pacifist ideals he received from his father, Professor Philip Green Wright (1860-1934). His family belonged to the Universalist church in Galesburg, Illinois; his mother’s family, the Sewalls, descendants of Judge Samuel Sewall of Massachusetts (1654-1729), were Unitarians from Boston who had migrated to St. Paul, Minnesota, about 1855.

After graduating from Lombard College in Galesburg, Illinois where his father had taught (1892-1912) and fostered the budding plebian poet, Carl Sandburg, Ted went on to take another B.S. in architectural engineering from the Massachusetts Institute of Technology as his family were all living in Cambridge by then. His aunt, Bessie Wright of Medford, a teacher of Physical Education at Radcliffe College, paid his tuition. He especially admired the work of Ralph Adams Cram at M.I.T.

In 1917 after the United States entered the First World War, Ted enrolled in the U.S. Naval Reserve Flying program at M.I.T. He was given two months of instruction in aeronautical engineering by, among others, the brilliant young Edward P. Warner. Afterwards, he was assigned as a naval aircraft inspector to the Glen Curtiss plant at Garden City on Long Island. There in 1919 he was chief inspector for the Curtiss NC-4 flying boats which achieved the first crossing of the Atlantic by air. He apparently reconciled participation in the war despite his father’s pacifism by believing that it was “the war to end wars”. In December, 1918, he had married his college sweetheart, Margaret McCarl of Quincy, Illinois, whose father, Judge Lyman McCarl (1858-1920), a self-made lawyer, was a member of the Unitarian church. They had two sons, Douglas Lyman Wright (1920-1991), a civil engineer, and the author of this sketch. 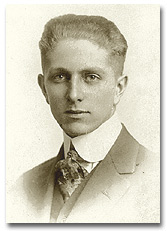 In 1921, advised that there were few career prospects in the peacetime navy, Lt. Wright resigned his commission to join the Curtiss Aeroplane Company as an executive engineer. Soon he rose to chief engineer of the airplane division, manager of the merged Curtiss-Wright Corporation’s plant in Buffalo, N.Y. (1931-35) and vice president for engineering at the New York City office (1935-41). The stock market crash of 1929 profoundly shook his confidence in capitalism, and he voted for Norman Thomas, the Socialist candidate in 1932. He agonized over having to deal with a bitter union strike in Buffalo in 1934, thinking back to his father’s prophetic poem, “The Cry of the Underlings.” In these dark days, he took to reading philosophy: Marcus Aurelius and Epictetus. Although he later became a Democrat, even in this he found himself alone among his business and engineering associates. In the privacy of his home, he would rant against “the Wall Street bankers” on the Board of Curtiss-Wright who chose to focus on the short term profits of producing military aircraft for the government over his own proposals for commercial planes. One of the airplanes whose design he supervised, the Tanager, in 1930 won the Guggenheim Safe Aircraft prize and the prestigious Wright Brothers medal of the Society of Automotive Engineers. This foreshadowed his emphasis on air and car safety research at the Cornell Aeronautical Laboratory in Buffalo in 1948-66.

But in the meantime, another war threatened in Europe. On company trips to Britain, France, and Germany in 1936-1937, he was shocked to find how rapidly Nazi Germany had rearmed and surpassed French and British preparations for war. From being a disillusioned isolationist of the 1920s who quarreled with his brother Quincy over the issue of America’s joining the League of Nations, he quickly became an interventionist and anglophile, which expressed itself in membership in the Council on Foreign Relations in New York. Once again, the pipedream of a “war to end wars” overcame his pacific inclinations. 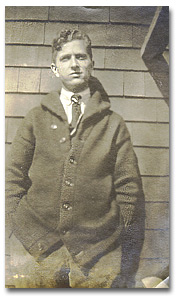 Thus it was that in June 1940, in the wake of President Franklin D. Roosevelt’s call for production of 50,000 military aircraft, Wright joined the National Defense Advisory Committee, an organization formed to coordinate the “defense” effort. The next year, he resigned from Curtiss-Wright to become assistant chief of the aircraft section in the Office of Production Management, and moved to Washington. After Pearl Harbor he served as chairman of the Joint Aircraft Committee, an Anglo-American body which scheduled delivery of all aircraft, director of the Aircraft Resources Control Office and member of the War Production Board. In all these positions, he played a key role in expanding aircraft production, especially in developing essential statistical tools that provided accurate information on industrial capacity and measured worker efficiency.

In September 1944, as aircraft production approached 100,000 planes a year, Wright accepted a presidential appointment as administrator of the Civil Aeronautics Administration (CAA), where he worked under William A.M. Burden, the Assistant Secretary of Commerce for Air. In this office, he hoped to contribute to the anticipated huge increase in commercial aviation after the war. Internally, he carried out a decentralization of the organization and fostered private flying. During this period, he obtained again a pilot’s license, which had lapsed since the First World War, by passing the CAA’s own stringent tests and thereafter flew himself on business trips.

Another mark of his idealism was his advocacy of an international air police force in the course of giving the 1945 Wilbur Wright Memorial Lecture, “Aviation’s Place in Civilization” in London. This came shortly after participating in the Strategic Bombing Survey which gave him a closeup view of the destruction of aerial bombing in Germany. In the same year he was Technical Secretary of the International Civil Aviation conference at Chicago which led to the formation of the International Civil Aviation Organization for the regulation and promotion of worldwide air transport. In this his work fit closely with that of his brother, Quincy Wright, in shaping the United Nations organizations. In 1945 he also was awarded the Daniel Guggenheim medal for aeronautics, of which he was very proud. 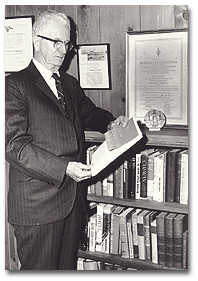 Discouraged by the propects of a Republican victory in 1948 and weary of having to give in to congressional interference in the assignment of federal aid to airports over the dictates of engineering rationality, Wright resigned in April of that year. While his old associates had made fortunes out of the war, Wright had had to sell off his aviation stock and subsist on a civil service salary. However, rejecting attractive offers from industry, he accepted instead the position of vice-president for research of Cornell University and president of the Cornell Aeronautical Laboratory in Buffalo, New York. Thus he returned to the academic milieu in which he had been brought up. In 1950 he persuaded Harry F. Guggenheim to collaborate with Cornell in establishing a facility to promote aviation safety. The Laboratory also experimented with automobile safety belts.

In the spring of 1951, Wright became Acting President of Cornell and indeed was offered the presidency, but turned it down because he didn’t want to spend his time raising money from the rich, one of the chief duties of college presidents. Perhaps he was also influenced by his experience of a noted Cornell nuclear physicist who spoke at a peace rally in New York City which had been partly sponsored by Communists. In the Cold War atmosphere of the time, some of the trustees demanded the professor’s dismissal, but Wright was able to placate them with an agreement that the faculty member would not thereafter speak off campus outside his specialty with the Cornell designation. 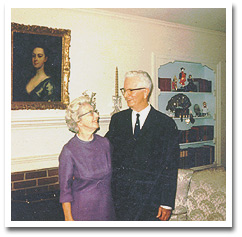 Margaret and Ted Wright on their 50th wedding anniversary in 1968.

Wright retired from Cornell in 1960 and from the Aeronautical Laboratory presidency in 1966, but he continued to be active in aviation and community affairs, especially in environmental and conservation problems. He continued, for instance, to be a member of the National Advisory Committee on Aeronautics and was active in the Cornell Plantations in his retirement years. His collected technical papers were published in three volumes by the Laboratory and he wrote a final paper on the dangers of world overpopulation. Attracted by the sermons of Rev. Ralph Helverson, Ted and his wife had become active members of the Unitarian Church of Ithaca after they moved there. This was his first formal affiliation with a church since childhood.

A year before Wright’s death on August 21, 1970, Cornell went through a major crisis with the seizure of Willard Straight Hall by armed Black militant students. Although he was not involved in this as an administrator, he was saddened by a pamphlet by radical anti-war students which criticized the Aeronautical Laboratory for taking military contracts on helicopters, missiles, weapon systems, and other defense projects. These seemed to exemplify the “military-industrial complex” against which President Eisenhower had warned and troubled Wright’s conscience during his last year.