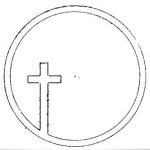 In the mid 1940’s, a young group of seminary graduates from the Crane School of Theology at Tufts University had a vision.  Concerned that Universalism was outdated and in fatal decline, this small group of ministers at the beginning of their careers sought to “pursue an intense spiritual journey into ministry and work mightily to transform the Universalist Church from a struggling dissident Christian sect into a religion of greatness.”  They formed the “Humiliati” – an intentional, semi-monastic religious community, with the goals of establishing a theological basis for pushing Universalism beyond Christianity, complete with new worship and rites of passage for a reinvigorated Universalist Church (read more about the choice of name here). The original members of the Humiliati included Gordon McKeeman, Albert Ziegler, Earle McKinney, Raymond Hopkins, David Cole, Frederick Harrison, Charles Vickery, and Albert Harkins.  The group was active from 1945-1954.  The legacy of the group is mixed.  Indubitably, the group inspired a whole generation of ministers and seminary students to think more creatively about worship and religious practice and helped pave the way for the consolidation of Unitarianism and Universalism.  But many also believed that moving Universalism beyond Christianity was too dramatic a reinvention to appeal to the mass of church goers.

The Humiliati as Religious Community

“The Rule of the Humiliati” set forth the membership requirements and internal procedures for the community. Gordon McKeeman, reflecting on his time as a member of the Humiliati, found “The Rule” to be sophomoric in retrospect.  Similarly, Pat Bowen, in her 1978 dissertation on the group, likened them to “a gang of boys playing pirates.”  However, Bowmen also admired “the seriousness, the earnestness and the intensity with which they took the yoke of ministry upon their shoulders.”  One of the most outward signs of this commitment was the group’s use of clerical collars even for daily living. Gordon McKeeman reflected that “this move created as much misunderstanding and scorn as anything as we ever did.” However, McKeeman writes “being visibly and instantly identifiable as a minister of religion does have interesting consequences that often a rise unexpectedly. It’s hard to be invisible when you are wearing one.”

Emergent Universalist:  The Theology of the Humiliati

The theology of the Humiliati was based on the thinking of member Albert Zielger.  As such, “Emergent Universalism” aspired to offer a theological framework that was functional, naturalistic, theistic, and humanistic.  It was based on the quest for “a higher development of … world religion,” one that understand that “the universe transcends the partialisms of every religious faith, including Christianity.”   The Humiliati saw humanity an ever-expanding (beloved) community and universal fellowship, one that would be potentially infinite.  Famously, the group adapted the symbol of a small off-center cross inside of a larger circle as the visual expression of this view (read more about the meaning of the symbol here).   They communicated their thoughts through the external newsletter, “Theologically Speaking.”

The group believed its Emergent Universalism was best expressed in and through worship. The Humiliati’ s convocation became collaboratories for different worship practices, centered around the practice of communion (read about the group’s planning for their convocations here, and there reports out from those gatherings here). They believed that communion was a powerful experience that offered, not salvation in the form of the body and blood of Jesus, but an opportunity to recommit to the highest aspirations of religious living. Earl McKinney said, about communion, “You drink the cup as a symbol of one’s commitment to do what one should do, what one has been reluctant to do” (read the group’s “Order of Communion” here)  The 1949 “Ceremonies for Special Services in Universalist Churches” was an attempt by the Humiliati renew the worship practices in the Universalist Churches more broadly; they saw the traditional practices as too informal and artistically barren. They suggested that ministers consider the use of pulpit robes, the choir be vested, and that more symbols and candles be in worship. This publication was meant to spur the creative imagination of Universalist ministers to develop more adequate ceremonies to allow people to “celebrate the great festivals of life and find their deepest religious interpretation.”