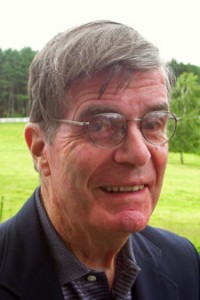 Theodore Sorenson is a lawyer and government official who was born in Lincoln, Nebraska, in 1928. After law school, he became Senator John F. Kennedy’s assistant (1953-61), serving as strategist and speechwriter during his presidential campaign. As special counsel ot President Kennedy (1961-3), he helped write his major addresses. In 1966, he returned to private practice, writing The Kennedy Legacy (1969) and editing Let the Word Go Forth (1985).