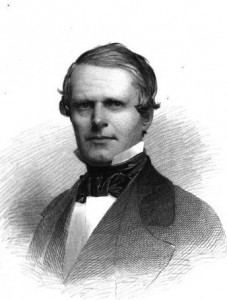 A Unitarian minister and pacifist, he made his name primarily as the author of the novel, Margaret. Judd was born in Westhampton, Massachusetts on July 23, 1813, the son of the editor of the Hampshire Gazette. The family moved to nearby Northampton when Sylvester was nine. Judd hoped to prepare for college, but had to work for a few years at a number of odd jobs, including clerking in a store, but was finally able to return to school, and did so in 1831 at Hopkins Academy in Hadley, Massachusetts. He took part in a revival during this time, and joined the First Congregational Church in Northampton. After a year he entered Yale College hoping to become a minister, but his faith underwent a liberal transformation, and he decided that the conversion experience was an unnecessary part of faith. In 1836 he took a job teaching in Templeton, Massachusetts to pay off his debts. The following year he went on to Harvard Divinity School, and became friends with Jones Very, the Transcendentalist poet. He heard Ralph Waldo Emerson deliver “The American Scholar,” but, even though nature became a vital part of his faith, Judd was not a Transcendentalist, as he also affirmed the centrality of Jesus Christ. He also believed that Unitarians needed to be more evangelical in spreading the word of their faith.

In 1840 Judd was called to serve the East Parish in Augusta, Maine, and he was ordained there on October 1. On August 31, 1841, Judd married Jane E. Williams, the daughter of Reuel Williams, a U. S. senator, and they would eventually have three children. As soon as he began to preach on some of the reform issues of the day, he began to alienate some of his parishioners and others. He became an outspoken pacifist, and even condemned the American Revolution as a moral evil. This resulted in his being dismissed as chaplain to the state legislature. In 1843 Judd began to write his best work, Margaret. It was followed in 1850 with two other publications: Philo: An Evangeliad, a long dramatic poem, and Richard Edney, another novel. Margaret received critical praise. Margaret Fuller called it a “work of great power and richness,” and James Russell Lowell said Margaret was “the first Yankee book, with the soul of Down East . . .” It is perhaps the only Transcendental novel, with Octavius Brooks Frothingham describing it as setting “forth the whole gospel of Transcendentalism in religion, politics, reform, social ethics, personal character, professional and private life.” (Frothingham, Transcendentalism, p. 382-383)

Judd’s career was cut short, when he died at the age of 39 on January 26, 1853. One of his goals in the Augusta church had been to open communion and church membership to all, including birthright membership for children, an issue he also brought before the Unitarian Autumnal Convention in Baltimore in 1852.