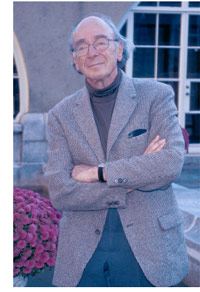 Stanley Hoffmann is the Paul and Catherine Buttenwieser University Professor at Harvard, where he has taught since 1955. He has been the Chairman of Harvard’s Center for European Studies from its creation in 1969 to 1995. Professor Hoffmann was born in Vienna in 1928. He lived and studied in France from 1929 to 1955; he has taught at the Institut d’Etudes Politiques of Paris, from which he graduated, and at the Ecole des Hautes Etudes en Sciences Sociales. At Harvard, he teaches French intellectual and political history, American foreign policy, post-World War Two European history, the sociology of war, international politics, ethics and world affairs, modern political ideologies, and the development of the modern state.

Gulliver Unbound: The Imperial Temptation and the War in Iraq by Stanley Hoffman (2004).