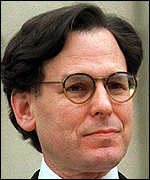 Sidney Blumenthal is a widely published American journalist, especially on American politics and foreign policy. Born in Chicago, he started his career in Boston as a journalist for The New Republic. Over a career of twenty years, he became editor of several departments and wrote for several publications, includingThe Washington Post, Vanity Fair and The New Yorker. Sidney Blumenthal served as assistant and senior advisor to Bill Clinton from August 1997until January 2001. Blumenthal wrote a book titled The Clinton Wars, published in 2003. Blumenthal was recently the Washington bureau chief for Salon.com, for which he has written over 1800 pieces. He is also a regular contributor to openDemocracy.net, as well as being a regular columnist for The Guardian. He lives in Washington, D.C. with his wife and two sons.

How Bush Rules: Chronicles of a Radical Regime