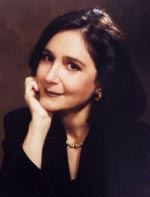 Sherry Turkle is Abby Rockefeller Mauzé Professor of the Social Studies of Science and Technology in the Program in Science, Technology, and Society at MIT and the founder (2001) and current director of the MIT Initiative on Technology and Self, a center of research and reflection on the evolving connections between people and artifacts. Professor Turkle received a joint doctorate in sociology and personality psychology from Harvard University and is a licensed clinical psychologist.

Professor Turkle is the author of Psychoanalytic Politics: Jacques Lacan and Freud’s French Revolution; The Second Self: Computers and the Human Spirit; and Life on the Screen: Identity in the Age of the Internet.

Professor Turkle has written numerous articles on psychoanalysis and culture and on the “subjective side” of people’s relationships with technology, especially computers. Profiles of Professor Turkle have appeared in such publications as The New York Times, Scientific American, and Wired Magazine. She is a featured media commentator on the effects of technology for CNN, NBC, ABC, and NPR.

—Courtesy of the Massachusetts Institute of Technology

Click here for supplemental reading about Sherry Turkle on Amazon.