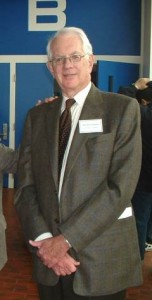 Professor Sheldon Lee Glashow is an American physicist. He was a professor at Harvard University’s department of physics before he moved to Boston University.

He, along with Steven Weinberg and Abdus Salam, is the mastermind of the electroweak theory, for which he won the 1979 Nobel Prize in Physics. Glashow is a notable skeptic of Superstring theory due to its lack of experimentally testable predictions. His departure from the Harvard physics department has been linked to the department’s recent embrace of string theory. He is the author of The Charm of Physics (1991) and From Alchemy to Quarks: the Study of Physics as a Liberal Art (1994).

Click here for supplemental reading about Sheldon Glashow on Amazon.