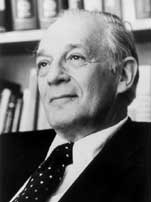 A member of the National Academy of Sciences since 1962, Seymour Kety was an outstanding scientific statesman, but more significantly an eminent neuroscientist and pillar of biological psychiatry. Seymour was born in Philadelphia on August 25, 1915. He was raised there in rather humble but intellectually stimulating surroundings. In his childhood he suffered an automobile-inflicted injury to one foot that, though not serious, resulted in residual physical limitations that deprived him of participation in the usual athletic activities of childhood and directed him further toward intellectual pursuits. One of his greatest interests was in chemistry, and he spent many hours carrying out chemical experiments in a laboratory he created in his home.

After graduation from high school he attended the college and then the medical school of the University of Pennsylvania, from which he graduated in 1940. Pediatricians were at that time concerned about the many children they saw with lead poisoning, probably due to their chewing on the lead-containing paint on their cribs. To pursue further his interest in lead poisoning after completion of his internship, Seymour obtained a National Research Council postdoctoral fellowship to work with Joseph Aub, a well-know researcher on lead poisoning at the Massachusetts General Hospital in Boston.

Seymour was offered the position of scientific director of the intramural research programs of the National Institute of Mental Health (NIMH) and the National Institute of Neurological Diseases and Blindness. Seymour succeeded in recruiting a truly impressive array of laboratory chiefs. Once these laboratory chiefs were appointed, he gave them full authority and support to direct their own laboratories as they chose, but provided them with his advice, counsel, and assistance in recruiting their staffs. His acumen in his selection of laboratory chiefs, as well as some members of their staffs that he had helped to recruit for them, was eventually confirmed; one won a Nobel Prize, at least three received Lasker awards, and at least a dozen, if not more, were eventually elected to the National Academy of Scientists.

In 1961, Seymour accepted the position of chairman of the Department of Psychiatry at Johns Hopkins University and resumed his research on schizophrenia, this time focused on the question of genetic contributions to disease.

Seymour’s professional achievements gained him enormous international recognition and acclaim. None of these honors changed him. He remained the same bumble, modest, self-effacing, unselfish, considerate, kind, generous, and warm human being that he was when I first met him 56 years earlier.

—Adapted from an essay by Louis Sokoloff in Biographical Memoirs

Click here for supplemental reading about Seymour Kety on Amazon.