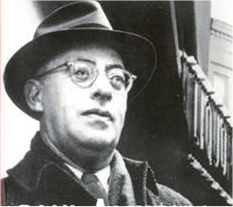 Michael Sandel’s thoughtful Democracy’s Discontent cited Saul Alinsky and his successors at the Industrial Areas Foundation (IAF) as representing “one of the most promising expressions” of civic participation and noted that, through a national network of community-based organizations, Alinsky’s direct descendants are “teach[ing] residents of poor communities how to engage in effective political activity.”

The scale of the IAF’s work today—there are some 50 church-based, interfaith and interracial organizations stretching from East Brooklyn to the East Side of Los Angeles—is steadily approaching Alinksy’s unfulfilled dream of a large network of “People’s Organizations” that would provide tens-of-thousands of ordinary working and modest income Americans with a measure of power to shape decisions that affect their lives and communities.

In the 1940s, Alinsky organized the basic model in “the Jungle,” the old Chicago stockyards neighborhood made famous in Upton Sinclair’s classic muckraking work. There, he recruited and guided indigenous leaders who identified common interests that brought together previously hostile ethnic groups of Serbs and Croatians, Czechs and Slovaks, Poles and Lithuanians into a large organization, the Back of the Yards Neighborhood Council.

The Council, like the handful of other large-scale organizations Alinsky organized in predominantly black communities in the late 50s and 60s, was in part a pressure group, demanding and negotiating with public and private sector institutions on bread and butter issues like better schools and more jobs, and in part a self-help operation that established credit unions, built or rehabbed housing and provided social services.

As important as these functions were, the greater significance of Alinksy’s voluntary community organizations is that they provided a connection between the individual and the larger society. This was what made Alinsky’s experiment important, Daniel Bell wrote in his review of Alinsky’s book, Reveille for Radicals, because it “attempts to give people a sense of participation and belonging [and] becomes important as a weapon against cynicism and despair…”

—By Sanford Horwitt, from The Progress Report