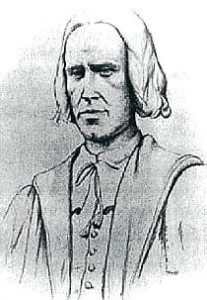 The founder of Rhode Island was fiercely persecuted by William Laud, the Church of England’s Archbishop of Canterbury. Williams and his wife sailed to Massachusetts Bay in 1631, he becoming minister of the church in Salem. His persistent disagreements led the General Court to banish him from the colony. Williams escaped deportation by traveling during a blizzard to a place he named Providence, where a lively experiment in religious freedom led Rhode Islanders to establish what Williams considered appropriate relations between church and state.