Roger Baldwin, when reflecting on his life, said that in his early years he not only regularly attended the Unitarian Church in Wellesley Hills, Massachusetts; he also helped to teach in the Sunday School and even listened to the preacher. He added, “I would say that social work began in my mind in the Unitarian Church when I was ten or twelve years old, and I started to do things that I thought would help other people.”

In 1981 a memorial service at the Community Church of New York, Unitarian Universalist, celebrated the nintey-seven years of Roger Baldwin’s vigorous and sometimes contradictory life.

The definitive biography, Roger Baldwin and the American Civil Liberties Union, published by the Columbia University Press in 2000, was written by Robert C. Cottrell, the author of the following sketch.

Roger at the time of the founding of the ACLU. Courtesy of Peggy Lamson.

By the mid-1930s, Roger Nash Baldwin had carved out a well-established reputation as America’s foremost civil libertarian. He was, at the same time, one of the nation’s leading figures in left-of-center circles. Founder and long-time director of the American Civil Liberties Union, Baldwin was a firm Popular Fronter who believed that forces on the left side of the political spectrum should unite to ward off the threat posed by right-wing aggressors and to advance progressive causes. Baldwin’s expansive civil liberties perspective, coupled with his determined belief in the need for sweeping socioeconomic change, sometimes resulted in contradictory and controversial pronouncements. That made him something of a lightning rod for those who painted the ACLU with a red brush.

Raised in the Boston suburb of Wellesley Hills, Baldwin’s ancestral roots were rich and comfortable. Relatives included Mayflower Pilgrims, a general in George Washington’s army, and the founder of the Boston Young Men’s Christian Union. Family friends ranged from Ralph Waldo Emerson to Oliver Wendell Holmes to Booker T. Washington. Reared in a patriarchal household, Baldwin had parents who considered themselves “agnostic Unitarians.” Inevitably, as he later noted, Baldwin attended Harvard College during the period when the Progressive movement unfolded, with its calls for righting some of the wrongs resulting from the process of rapid modernization. After completing his M.A. degree, Baldwin heeded the advice of his father’s attorney and confidant, Louis D. Brandeis, to head for the Midwest to seek his fortune. In St. Louis, Baldwin entered the field of social work, establishing a national reputation in the process. As the period of direct U.S. involvement in World War I approached, Baldwin ended up in New York where he became a leading figure in the American Union Against Militarism. Concerned about the plight of wartime dissidents, including the members of the Industrial Workers of the World, Baldwin eventually headed the National Civil Liberties Bureau.

Determined to safeguard the political rights of the IWW members, the Wobblies, and conscientious objectors, Baldwin reasoned that well-intentioned individuals in a group like the NCLB could reach out to top government officials in Woodrow Wilson’s administration. However, in a display of solidarity with wartime resisters, Baldwin deliberately violated the Selective Service Act, which resulted in a celebrated trial and his confinement in prison. In 1919 he briefly joined the IWW and took to the road as a laborer, before returning to New York and his new wife, the lawyer Madeleine Z. Doty. The following January Baldwin helped to set up the ACLU.

Believing that only the best sorts of people should be involved in an organization like the ACLU, Baldwin sought to limit the membership rolls. At the same time, theACLU became involved in a series of noteworthy cases, including those involving Sacco and Vanzetti, John T. Scopes, and the Scottsboro Boys. ACLU attorneys helped to reshape American constitutional law, with the idea of the First Amendment providing a shield for “preferred freedoms” beginning to take hold. All the while, Baldwin continued to back a number of left-wing endeavors, supporting various United Front and Popular Front enterprises, writing about and visiting Soviet Russia, and urging that radicals and liberals in the United States join together to fight fascism, racism, and poverty. 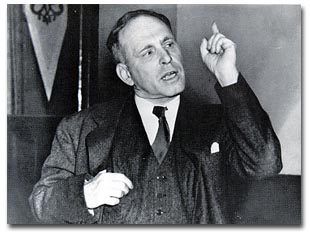 While revered by many, Baldwin also acquired numerous foes, including some outside the public sector who considered him dangerous and others in Congress and agencies like the Federal Bureau of Investigation. The FBI’s chief, J. Edgar Hoover, despite an apparently amicable relationship with Baldwin, ordered that an already existing file be maintained on the ACLU director. This occurred despite the fact that Baldwin’s ideological stance underwent an alteration starting in the mid-thirties, the byproduct of personal and political developments. Baldwin, who had previously participated in an unconventional marriage, entered a new, lasting relationship with Evelyn Preston, a well-educated younger woman whose family was close to the Roosevelts. While Baldwin and Evie never took wedding vows, he served as a stepfather to her two sons and they had a child of their own, a daughter. The Baldwin-Preston clan lived comfortably in a pair of adjacent Greenwich Village townhouses; a farm in Oakland, New Jersey; and a large estate on Martha’s Vineyard. This was the same period when Baldwin became increasingly disturbed by events in the Soviet Union, where purge trials were being undertaken, and by politically troublesome accusations leveled at the ACLU by the House Committee on un-American Activities.

Baldwin became less happy with the Popular Front approach and concerned about the very existence of the ACLU after the announcement of the Nazi-Soviet Non-Aggression Pact in August 1939. The following spring, in an effort to stave off criticisms of the organization and the cause he had devoted much of his adulthood to, Baldwin orchestrated a campaign to revise the ACLU charter. Henceforth, those affiliated with totalitarian organizations would not be allowed to serve on the ACLU board. The immediate target was the former-Wobbly and present Communist Party member, Elizabeth Gurley Flynn. An organizational “trial” of Flynn ensued, resulting in her ouster and establishing a pattern for anti-communist policies and programs that flourished during the Cold War. In the meantime, Baldwin and the ACLU wrestled with the issue of internment of Japanese-Americans and Japanese aliens, which had been demanded by the U.S. military. In contrast to many of his longtime colleagues at the ACLU, Baldwin continued to challenge such violations of civil liberties, but he also sought to maintain good relations with the federal government. He opposed the prosecution of native fascists and Trotskyists alike, just as he later challenged the moves by government officials to abridge the rights of communists.

Nevertheless, during the postwar period Baldwin’s respectability and celebrity status both mounted. In 1947 General Douglas MacArthur arranged for Baldwin to serve as a civil liberties consultant in Japan; he also visited Korea during his Asian stay. Accolades poured Baldwin’s way in late 1949, when he announced his intention to resign as director of the ACLU, an organization that increasingly appeared to be adapting to the landscape of Cold War America. Historian Samuel Eliot Morison wrote to Baldwin, “You have done wonderful work with the Civil Liberties Union. More than any other agency in this country, it has kept alive the traditional rights of man.” Margaret Sanger, an ally from his St. Louis days, declared, “The name Roger Baldwin and Civil Liberties are synonymous in the minds of all people in the United States. You have fought the good fight, Roger.” 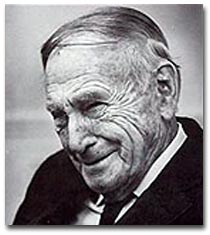 Baldwin’s trips to the Far East had merely whetted a long-standing determination to become more involved in the international arena. For the next several years, Baldwin sought to work for international human rights, producing a volume, A New Slavery, which condemned “the inhuman communist police state tyranny, forced labor.” He continued to travel widely, visiting South Vietnam, where he both criticized the repressive regime of Ngo Dinh Diem and termed him “a charming idealist but tough on dissenters.” By contrast, in Puerto Rico, Baldwin remained close to Governor Luis Munoz Marin, a former fiery socialist; the jailed independence leader Pedro Albizu Campos; and the cellist Pablo Casals, among others. In India, Baldwin maintained an old friendship with President Jawaharlal Nehru and his family.

As the 1960s began, Baldwin remained a presence within the ACLU, which had become, to his displeasure, something of a mass organization under his successor, Patrick Murphy Malin. Baldwin also maintained an office in the secretariat building of the United Nations and continued as a consultant for the International League for the Rights of Man. Castigated by a segregationist congressman for supporting civil rights for black Americans, Baldwin was the recipient of accolades by others. In a moving tribute titled “The Underdog’s Best Friend,” Margorie M. Bitker referred to Baldwin as “long the moving spirit of the American Civil Liberties Union.” Baldwin remained “a pacifist, the only label, by the way, that he is willing to wear.” Bitker quoted him as affirming, “The rule of law in place of force, always basic to my thinking, now takes on a new relevance in a world where, if war is to go, only law can replace it.”