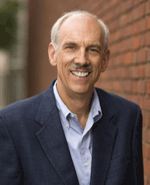 Keohane was born at the University of Chicago Hospitals. His education through fifth grade was at the University of Chicago Laboratory School. When he was 10, the family moved to Mount Carroll, Illinois, where he attended public school; after the 10 th grade, Keohane was an early entrant to Shimer College, where his parents were professors, then located in Mt. Caroll.

He earned the AB, with honors, from Shimer in 1961. He obtained his PhD from Harvard in 1966, one year after he had joined the faculty of Swarthmore College. He was the student of the Harvard University Professor Stanley Hoffmann.

Keohane has taught at Swarthmore, Stanford, Brandeis University, Harvard, and Duke. At Harvard he was Stanfield Professor of International Peace, and at Duke he was the James B. Duke Professor of Political Science.

He is the author of many works, including After Hegemony: Cooperation and Discord in the World Political Economy (1984), for which he was awarded the second annual Grawemeyer Award in 1989 for Ideas Improving World Order. The book is still considered the seminal work on international regimes.

Between 1974 and 1980 he was editor of the journal International Organization. He has been president of the International Studies Association, 1988-89, and of the American Political Science Association,1999-2000.

Keohane is a fellow of the American Academy of Arts and Sciences, and has held a Guggenheim Fellowship and fellowships at the Center for Advanced Study in the Behavioral Sciences and the National Humanities Center. He was awarded the Johan Skytte Prize in Political Science in 2005, and elected to the National Academy of Sciences that same year. He was listed as the most influential scholar of international relations in a 2005 Foreign Policy poll.

Political scientists he has taught include Lisa Martin, Andrew Moravcsik, Layna Mosley, and Beth Simmons. Keohane is married to Nannerl O. Keohane, former president of Duke and herself a noted political scientist.