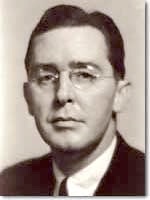 Called “the modern architect of organized Universalism,” Cummins was born in Sydney, Ohio. After graduation from college (Miami University, Ohio), he took charge of the Boon-It Institute in Bangkok, a Presbyterian mission. After only two years of teaching, Cummins helped engineer the transfer of responsibility for the school to local leadership. Upon returning to Ohio he became a Universalist because he said it was “big enough to allow me the freedom of conscience and intellect I seemed by nature to demand.” He became the minister of three small congregations, while also owning and operating his own insurance business. He soon accepted a call from the Universalist Church in Cincinnati, where he served for six years while also earning an M.A. from the University of Cincinnati. In 1932 he became the minister of Throop Memorial Universalist Church in Pasadena, California. During this ministry he earned an M.Th. from the University of Southern California.

His successes in the parish led the Trustees of the Universalist General Convention to prevail upon him in 1938 to become the fifth general superintendent of what was called after 1942, the Universalist Church of America. Cummins was told “that we should try to check a decline which had been going on for fifty years.” Cummins tried mightily to build Universalist confidence, and he succeeded by introducing a departmental system, and vastly increasing income and budget. But his fifteen years of leadership could not restore Universalism to corporate health, even though he traveled all over the United States and Canada trying to bring regional groups into greater cooperation with a more centralized headquarters. Cummins also led the denomination’s failed effort to join the Federal Council of Churches. The end of his tenure saw him supporting the establishment of the Council of Liberal Churches, which was the first step towards the final union of Unitarians and Universalists.

After his retirement Cummins served the Eisenhower administration by heading up the State Department’s International Cooperation Administration. He was married to Alice Grimes, and they had three children, one of whom, John, became a Unitarian Universalist minister. In 1943 Cummins articulated the more inclusive basis of Universalist thinking when he addressed the General Assembly (GA) with these words: “Universalism cannot be limited to Protestantism or to Christianity, not without denying its very name. Ours is a world fellowship, not just a Christian sect. For so long as Universalism is universalism and not partialism, the fellowship bearing its name must succeed in making it unmistakably clear that all are welcome: theist and humanist, unitarian and Trinitarian, colored and color-less. A circumscribed Universalism is unthinkable.”