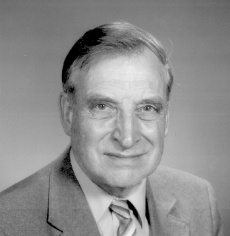 Professor Richard Wilson was awarded his D.Phil. in 1949 by the University of Oxford for a thesis on nuclear physics. He carried out postgraduate research at Oxford, Rochester and Stanford before accepting an appointment at Harvard University in 1955. Since 1982 he has been the Mallinckrodt Professor of Physics at Harvard. He has played a prominent role in the development of nuclear physics, having published over 720 papers. In the last 25 years he has spent much time on scientific issues relevant to public policy.

In 1970 he was involved in the conversion of the Harvard cyclotron from nuclear physics use to medical applications. He has also been much involved in energy policy questions, notably concerning nuclear power. He chaired an American Physical Science committee on the radiological consequences of a severe reactor accident, and was one of the first foreigners to visit Chernobyl after the accident. He has worked on the possible effects of low radiation doses on public health and was an early foreign visitor to the Chelyabinsk region of Russia. He has often been involved in explaining nuclear power and nuclear safety to the public.

—Courtesy of the Uraniam Institute