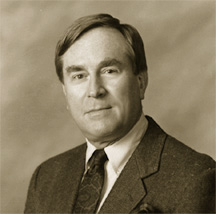 Richard Rhodes is an American journalist, historian, and author of both fiction and non-fiction (which he prefers to call “verity”), including the Pulitzer Prize-winning The Making of the Atomic Bomb in 1986. He is an affiliate of the Center for International Security and Cooperation at Stanford University.

Rhodes was born in Kansas City, Kansas, in 1937. Following his mother’s suicide on July 25, 1938, Rhodes, along with his older brother Stanley, was raised by his father, a railroad boilermaker with a third-grade education.

Rhodes’s 1986 book, The Making of the Atomic Bomb, a narrative history of the people and events during World War II from the discoveries leading to the science of nuclear fission in the 1930s, through the Manhattan Project and the atomic bombings of Hiroshima and Nagasaki. Among its many honors, the 900-page book won the Pulitzer Prize for General Non-Fiction (in 1988), a National Book Award, and a National Book Critics Circle Award, and has sold many hundreds of thousands of copies in English alone, as well as having been translated into a dozen or so other languages. Praised by both historians and former Los Alamos weapon scientists alike, the book is considered a general authority on early nuclear weapons history, as well as the development of modern physics in general, during the first half of the twentieth century. Nobel Laureate Isidor Rabi, one of the prime participants in the dawn of the atomic age, said about the book, “An epic worthy of Milton. Nowhere else have I seen the whole story put down with such elegance and gusto and in such revealing detail and simple language which carries the reader through wonderful and profound scientific discoveries and their application.”

In 1992, Rhodes followed it up by compiling, editing, and writing the introduction to an annotated version of The Los Alamos Primer, by Manhattan Project scientist Robert Serber. The Primer was a set of lectures given to new arrivals at the secret Los Alamos laboratory during wartime in order to get them up to speed about the prominent questions needing to be solved in bomb design, and had been largely declassified in 1965, but was not widely available.

Rhodes published a sequel to The Making of the Atomic Bomb in 1995, Dark Sun: The Making of the Hydrogen Bomb, which told the story of the atomic espionage during World War II (Klaus Fuchs, Julius and Ethel Rosenberg, among others), the debates over whether the hydrogen bomb ought to be produced, and the eventual creation of the bomb and its consequences for the arms race.

Click here for supplemental reading about Richard Rhodes on Amazon.