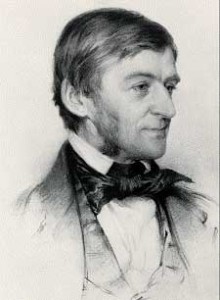 Emerson at the brink of his career.
Courtesy of the Andover-Harvard Theological Library, Harvard Divinity School.

“I do not now approach [the position of junior pastor] with any sanguine confidence in my abilities, or in my prospects. I come to you in weakness, and not in strength. In a short life, I have yet had abundant experience of the uncertainty of human hopes..” —Ralph Waldo Emerson

A radical change was taking place in Boston religion when twenty-year-old Emerson was asked to serve the Second Church and Society in Boston as ministerial assistant to the senior pastor, the Reverend Henry Ware, Jr. Boston Unitarians had rejected the Calvinist doctrines of human depravity and the divinity of Jesus. Atheism loomed on the horizon, the orthodox felt, and Emerson was a dangerous part of this change. He was a popular supply preacher, however, and, with a new wife, Emerson was ready to accept a full-time appointment at the Second Church. He was ordained on March 11, 1829. 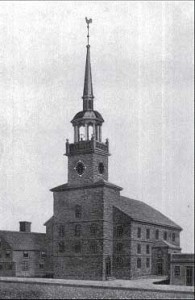 The Second Church on Hanover Street where Emerson became junior pastor in 1829.
Courtesy of the Boston Athenæum.

The Second Church was middle class financially and culturally. Emerson’s starting salary was $1,200. Shortly after Emerson’s arrival, Henry Ware became ill and had to retire leaving Emerson to be the sole minister. As a parish minister, Emerson was not considered a success. He disliked the regimentation and tedious chores, and he was not particularly effective at pastoral care. One parishioner, a Revolutionary War veteran on his death bed, remarked on Emerson’s consolatory efforts, “young man, if you don’t know your business, you had better go home.”

His preaching, on the other hand, continued to be exceptional. While the orthodox were shocked by what seemed to them a departure from the usual biblical discourse, the broadminded were especially attracted and he won many admirers. He also made the unusual decision to open his pulpit to abolitionist speakers. During these years, Emerson served on the Boston School Committee and as chaplain to the Massachusetts Senate and House of Representatives. He was engaged with his congregation and his community, constantly extending the hand of fellowship.