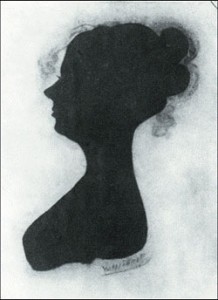 A key reason for Waldo Emerson’s decision to attend Divinity School was his older brother William’s choice of a legal profession. As Emerson’s aunt, Mary Moody Emerson, reminded Waldo, there had always been a Reverend Mr. Emerson in Boston and there always must be. Emerson felt keenly the weight of family tradition, and the responsibility to honor his father’s memory. He had been gloomy, unfocused during his years of parttime teaching after graduating from Harvard. His twenty-first birthday was approaching, and he felt compelled to do something. “I am beginning my professional studies,” he wrote, “and I deliberately dedicate my time, my talent, and my hopes to the Church.” His reasons were not entirely religious, however, as he also acknowledged. He desired to succeed, to thrive and to be eloquent—and to be known for his eloquence.

Still possessing fundamental doubts, Waldo Emerson entered Harvard Divinity School in and eventually took up residence at 10 Divinity Hall. He was not an outstanding scholar at but he was known to be cheerful and friendly. To support himself, he continued to teach school. But his health suffered, particularly his eyesight, and by fall study had become virtually impossible although eye operations helped somewhat. As a result, he received little formal training for ministry. His intense correspondence with his Aunt Mary was his major source of theological education at this time. 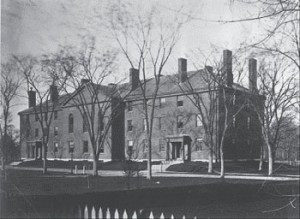 Emerson lived at 10 Divinity Hall at Harvard.
Courtesy of the Harvard University Archives.

In October of 1826 Emerson was “approbated to preach” (a licensing procedure) by the Middlesex Association of Ministers. He delivered his first sermon, Pray Without Ceasing, on October 15, in Waltham, Massachusetts, and the next month he sailed for Charleston, South Carolina, St. Augustine, Florida, to alleviate the rheumatic symptoms of what was probably tuberculosis. This was his first trip outside of his native New England, and the people he met, and the sights he witnessed in slave-holding territories, affected him deeply.

When he returned North, he continued to preach and was offered positions to serve as a missionary in western Massachusetts and as minister of the church in nearby Brighton. His interest in Unitarian ministry grew through his deepening respect for the Reverend William Ellery Channing, Boston’s leading Unitarian minister, whom Emerson had first met while still an undergraduate Harvard. When the (Unitarian) Second Church in Boston asked Emerson to serve as its junior pastor, he accepted. Waldo Emerson never did graduate from Harvard Divinity School.

“Don’t waste life in doubts and fears; spend yourself on the work before you, well assured that the right performance of this hour’s duties will be the best preparation for the hours or ages that will follow it.” —Ralph Waldo Emerson

“The progress of religion is steadily to its identity with morals. Strength enters just as much as the moral element prevails…. No matter how you seem to fatten on a crime, thatcan never be good for the bee which is bad for the hive.”