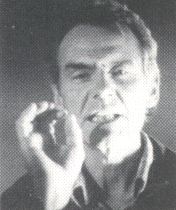 Philip Slater has an A.B. and Ph.D. from Harvard and taught sociology at Harvard, Brandeis, and UCSC. He was Professor and Chairperson of the Brandeis Sociology Department in 1971 when he resigned to found—with Jacqueline Doyle and Morrie Schwartz—Greenhouse, a non-profit growth center, where he led encounter groups and personal growth workshops. He has been a merchant seaman, actor, business consultant, cookie salesman, marriage officiant, and president of a theatre. He co-wrote and narrated “Paradox on 72nd Street,” a one-hour TV documentary aired nationally by PBS, and has acted in over 30 plays and films. In 1982 he was chosen by MS. Magazine as one of its “male heroes.” He has written twenty plays, and has taught writing and playwriting at UCSC and in private workshops since 1989.

A Dream Deferred: America’s Discontent and the Search for a New Democratic Ideal by Philip Slater.