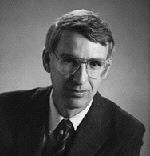 C. Peter Timmer has served as the Thomas D. Cabot Professor of Development Studies at Harvard University and as dean of the Graduate School of International Relations and Pacific Studies (IR/PS) at the University of California, San Diego (UCSD). A leading economist in the fields of agricultural economics and development economics, Timmer has an international reputation as a research scholar and an inspiring teacher, as well as an exemplary record of public service as a policy advisor on food and development issues in East and Southeast Asia. His current research focuses on links between a country’s political and economic structure and the degree to which the poor connect to the development process.

Timmer has served as an advisor to the governments of Indonesia, Vietnam, China, and the Philippines, in the areas of agricultural policy and economic development. He was awarded the Bintang Jasa Utama (Highest Merit Star) by the President of Indonesia in 1992. His work is among the most cited in the agricultural economics community, and he is widely recognized as the most prominent economist studying Indonesia. In 1984, he received the American Agricultural Economics Association’s award for professional excellence in quality of communication for Food Policy Analysis. In addition to numerous articles, he is the author of the internationally acclaimed book, Getting Prices Right: The Scope and Limits of Agricultural Price Policy.

—Courtesy of the University of California, San Diego