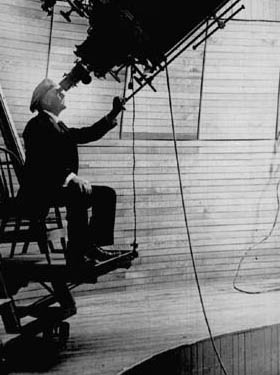 Percival Lowell, an astronomer, was a member of a Boston Unitarian family, which included his older brother, A. Lawrence Lowell, who became president of Harvard, and his sister Amy Lowell, the Imagist poet. Upon graduating from Harvard College where he excelled in mathematics, Percival Lowell visited Japan and Korea. He not only traveled but also played a diplomatic role and wrote four books about East Asia.

Shifting his interests to astronomy, he established the Lowell Observatory in Flagstaff, Arizona in 1894 and in 1895 wrote the first of his three books about the planet Mars. Although Lowell mistakenly concluded that Mars displayed evidence of intelligent beings, he awakened wide popular interest in the planet, including fantasy literature, War of the Worlds by H. G. Wells in 1898, as well as a riot-inducing 1938 radio broadcast declaring Invasion from Mars by Orson Wells.

In 1975 spacecrafts Viking I and Viking 2 were launched to study Mars—the longest surviving active laboratories on the surface of another world.

Although Percival Lowell did not live to see the reliable scientific evidence fulfilling his mathematical prediction of a planet beyond Neptune, Pluto was discovered in 1930.

The Biography of Abbot Lawrence Lowell

The Biography of Amy Lowell