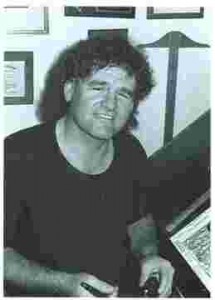 Paul Szep was born in the darkest Canada, which accounts for the way he talks, eh? He was a hockey player and worked in the steel mills, which accounts for the way he thinks. He is a graduate of the Ontario College of Art in Toronto, Ontario. He has won two Pulitzer Prizes, two Sigma Delta Chi Awards, a Headliner Award, the International Thomas Nast Award, three honorary doctorates, and was inducted into Hamilton’s Hall of Fame in 2003. He was a fellow at Harvard.

He has two great children, Amy and Jason, and married the love of his life, Lyn, in June of 2003. He is a single-digit golfer, which only means he plays way too much golf and draws far too few cartoons.

Not Just Another Szep Book by Paul Szep.