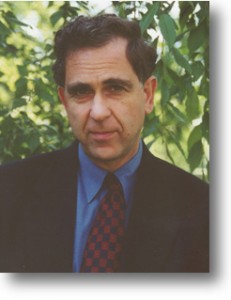 Paul Starr co-founded The American Prospect in 1990 and is co-editor (with Robert Kuttner) of the magazine as well as professor of sociology and public affairs at Princeton University. Starr ran the Prospect’s office for its first two years, when the Prospect was published out of Princeton. After the magazine moved to Cambridge in 1992, Starr remained co-editor.

In 1994 he founded the Electronic Policy Network, now known as Moving Ideas.

Before joining the Princeton faculty, Starr was an associate professor at Harvard and spent a year at the Institute for Advanced Study. Though he has published extensively in academic journals, he has written even more widely for a general audience. His articles have appeared in The New York Times, The Washington Post, The New Republic, and The New England Journal of Medicine, among other publications; he has written or co-written eight books, including The Social Transformation of American Medicine, which won the C. Wright Mills award, the Bancroft Prize in American History, and the Pulitzer Prize in 1984. In great demand as an expert on health care (The Chicago Tribune called him “health care’s Tom Paine”), Starr took a brief leave from the Prospect in 1993 in order to serve as an adviser to the

In 2004 Starr published The Creation of the Media, which won the Goldsmith Book Prize. In 2007 Basic Books is the publisher of his Freedom’s Power: The True Force of Liberalism.

The Social Transformation of American Medicine by Paul Starr.