Paul Carnes was a native of Indiana. He graduated with honors from Indiana University and was a member of Phi Beta Kappa. Following his graduation from college, he served as a platoon leader in the First Infantry Division during World War II. He was captured by the Germans in the early days of the Tunisian campaign—on Christmas Day, 1942—and remained a prisoner of war for 29 months, until his liberation by the Russian Army in 1945.

Upon his discharge from the Army, he enrolled in the Harvard Divinity School, where he received his S.T.B. Degree with honors. After years of serving Unitarian congregations primarily in Youngstown, Ohio; Memphis, Tennessee; and Buffalo, New York, he was elected President of the Unitarian Universalist Association.

Below are words of remembrance and thanksgiving offered at the First Parish in Cambridge, Massachusetts March 20, 1979.

Paul was a born minister, and I think that he was a born president. Brief as his occupancy of that office was, it spanned three papal administrations in Rome, and was only eleven months shorter than John Kennedy’s residence in the White House. His death is a major tragedy, but the mystique of his personality and his ministry has challenged us and quickened us to renewed vitality. We have had him, even though we have lost him.

He was one of a very small group that pushed me to run for the presidency 21 years ago. And since I first knew him, I have stood in admiration of his strength and his humility, his conviction and his tolerance, his courage and his compassion. He was as thoughtful as he was eloquent, and as patient as he was resolute. He had an inspiring presence, and a commensurate appreciation of the worth and work of others. His dream for us will be a guiding star still and his commitment to our cause, and his genuine ecumenism as well, will be examples for us, as we carry forward the work that, with this whole life, he has begun.

In gathering now to honor the life and spirit of Paul—husband, father, friend, pastor, leader, and exemplar of the good and the true—we are compelled by the strength, intensity, and warmth of his personality to reflect on the power and inspiration of his life on all of us gathered here, and on so many others across this continent and in other lands. 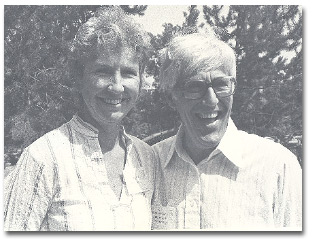 “Here was a man to hold against the world, a man to match the mountains and the sea. The color of the ground was in him, the smack of elemental things.” Close was he to earth and sky, and close, too, to the needs of earth’s people. This closeness to what matters in human living was reflected in his commitment to social justice, to being on the cutting edge of progressive change when he saw a dangerous drift backward or perceived a vacuum in responsible leadership.

This closeness was witnessed by his concern for the whole person. Thus whether in a prisoner of war camp or in his church or with his colleagues, he moved beyond statistics and expectations in order to talk with an individual in an empathetic, sharing way, while stirring each with hope and promise.

This was shown in his dedication to truth to upholding the right of free speech, to a directness that knew no sham, to a recognition of our mortality and the democracy of death, to a readiness to deal candidly with people and be candidly dealt with by them.

It was indicated by his sense of balance, his ability to see several sides and seek a common, positive solution for all problems to find the grace of self-forgiveness while expecting much of himself.

It was demonstrated by his belief in the “ecstasy of the possible” culminating in knowing that universal love is our greatest good.

But beyond all these was the fullness of his personhood–the great reservoir of his being, his humor that overflowed to bring light to others, his enjoyment of music and singing, his statesmanship and churchmanship, his powerful prophetic preaching, his sense of style and grace.

A Prayer for Honest Doubt
by Paul N. Carnes, D.D.

Source of all sincere belief and the goal of all honest doubt, enable us, we pray, to believe with humility and to doubt without fear; to the end that we may be daring in our doubts and cautious in our certainties.