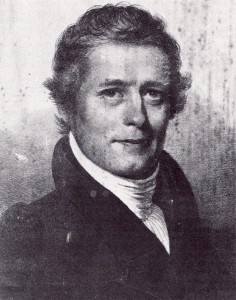 A leader in the Restorationist controversy in opposition to Hosea Ballou, Dean was born in 1783 in Barnard, New York. He became a talented itinerant preacher in central New York State around Utica from 1810-1813. In debates with orthodox opponents he agreed that there was a period of punishment after death, but that it would not be eternal. He showed at this stage of his career that he wanted to accommodate Universalism with the rest of Christianity rather than make attacks upon the orthodox. In 1813 he was called to serve as John Murray’s associate minister in Boston, and was installed in August. Two years later, upon Murray’s death, he became senior pastor at this very prominent pulpit. It was expected that Dean would become one of the major leaders of the denomination, and he was given charge of denominational committees to found a seminary and write a church history.

In 1817 Hosea Ballou came to the Second Universalist Society in Boston, and a major theological rift between Ballou and Dean began to divide Universalists. Ballou believed in immediate salvation upon death, and Dean represented a school of Universalists who advocated a period of reprobation before eventual salvation. This period of limited suffering after death became known as Restorationism. The small group of Restorationists published their views in the Christian Repository in 1822. A bitter war took place in the denomination’s publications, and Dean and others were accused of jealously over Ballou’s dominant position as a denominational leader. Dean resigned from fellowship in the New England Convention, but was eventually restored in 1824 over the objections of Thomas Whittemore. The First Universalist Society formed an early Sunday school during his ministry. The congregation divided over the Restorationist issue in 1823, and some of them went with him to found the Bulfinch Street Church. In 1830 Dean went on an evangelical tour and preached the first Universalist sermons in Baltimore, Maryland and Charleston, South Carolina, where societies were formed. In Charleston he was named “Bishop.” The Restorationist controversy flared up again in 1831 when a group, including Dean, met in Mendon, Massachusetts to form an organization for the defense of their beliefs. This new organization became known as the Massachusetts Association of Universal Restorationists. This group met annually for the ensuing ten years, but interest waned and the organization finally disbanded, with those who favored social reform and utopianism following Adin Ballou.

This Universalist controversy was felt state wide when it came to deciding who would be the preacher of the annual Election Sermon. Dean was chosen for the 1831-1832 session, but the ballot was nearly a stalemate with the other candidate being an Ultra Universalist, Linus Everett. During the 1830’s Dean was editor of a Restorationist paper, the Independent Messenger from 1835-1838, and then editor of the Restorationist for about two years. He had been drifting toward Unitarianism, as was true for many Restorationists. The Bulfinch Street Church became Unitarian in its affiliation as well. Feeling some pressure from his congregation, Dean retired from active ministry in 1840 feeling “broken” from all his hopes for his career gone awry. He later supplied the pulpit in Easton, Massachusetts. Like John Murray, Dean considered himself a Trinitarian, but the Holy Spirit had no real place in his beliefs. Some of his colleagues called him a Sabellian, a position where there are no eternal distinctions within the persons of the Godhead, but God is one being who operates in different modes. He believed in an “intermediate state” after death that was neither heaven nor hell. Here the sinners had an opportunity to hear the gospel, and bring their souls into the right state to accept grace. He died in Framingham, Massachusetts on October 10, 1860.