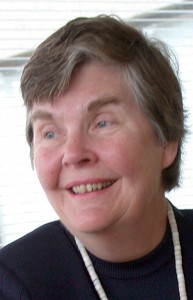 Patricia Graham is one of America’s most esteemed historians of education, formerly Dean of Harvard’s Graduate School of Education and Director of the National Institute of Education. In her book, Schooling America: How the Public Schools Meet the Nation’s Changing Needs, Graham offers a vibrant history of American education in the last century.

Drawing on a wide array of sources, from government reports to colorful anecdotes, Graham skillfully illustrates Americans’ changing demands for our schools, and how schools have responded by providing what critics want, though never as completely or as quickly as they would like.

In 1900, as waves of immigrants swept the nation, the American public wanted schools to assimilate students into American life, combining the basics of English and arithmetic with emphasis on patriotism, hard work, fair play and honesty. In the 1920s, the focus shifted from schools serving a national need to serving individual needs; education was to help children adjust to life. By 1954 the emphasis moved to access, particularly for African-American children to desegregated classrooms, but also access to special programs for the gifted, the poor, the disabled, and non-English speakers. Now Americans want achievement for all, defined as higher test scores. The public largely ignored colleges until after World War II, when research received international recognition and enrollments grew. Throughout the narrative, we meet the passionate educators, scholars and journalists who drove particular agendas, and we also meet Graham’s own family, starting with her immigrant father’s first day of school and moving through her experience as a teacher.

Derek Bok, President Emeritus of Harvard University, said: “Schooling America is an admirably informative, sensible and balanced account of how schools and colleges in the United States have developed since 1900, written by one of the most informed and thoughtful scholars of education in the United States.”