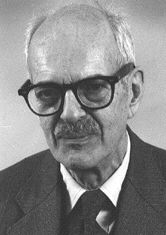 Whenever you go to a meeting on formal demography or population projections you can be sure that the path-breaking and standard-setting work of Nathan Keyfitz will come up many times. His work has become such a standard reference that in the case of conflicting views both sides tend to use him as their witness. But going far beyond formal demography he has made significant contributions to a wide field of demographic studies, ranging from population and biology to the reasons for low fertility, socio-economic impacts of aging, the international youth cohort and to impacts of population growth on the environment. Beyond research he has contributed to the profession through a long and distinguished career in teaching and capacity building in many countries in both hemispheres. He has been a most faithful member of the IUSSP for 48 years, serving the union in different important capacities, in scientific committees and as an advisor. The award of the 1997 Laureate can only be a small gesture of thanks and appreciation for his work to the union and the profession.

Nathan Keyfitz was born on June 29, 1913 in Montreal, Canada. For almost 20 years he worked as a statistician with Statistics Canada, then called the Dominion Bureau of Statistics, in Ottawa. In 1952 he received his PhD in Sociology from the University of Chicago. This was followed by seven honorary doctorates between 1973 and 1993. After leaving Statistics Canada, his teaching career brought him to the universities of Toronto, Montreal, Chicago, Berkeley and finally Harvard, where he taught from 1972 to 1983. After some time at Ohio State, he spent 10 years at the International Institute for Applied Systems Analysis in Austria.

—By Wolfgang Lutz, Secretary General of the International Union for the Scientific Study of Population