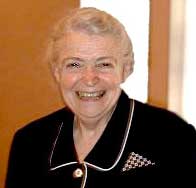 “Throughout her career, Dr. Mildred Dresselhaus, Institute Professor at the Massachusetts Institute of Technology, has combined significant scientific accomplishments and prominent leadership roles with an abiding commitment to support the advancement of women in the sciences,” said Teresa Heinz Kerry, chairman of the Heinz Family Foundation.

“Amid public debate over the capacity of women to thrive in a scientific environment, Dr. Dresselhaus’s esteemed career provides a decisive and resounding answer. Her quiet leadership, serving as a generous mentor and role model to countless women over the years, has had a profound impact on the scientific opportunities that are available to women today, Heinz said.

Said Dresselhaus, “Among my greatest satisfactions—in addition to a marriage of 47 years and the raising of four wonderful children—has been empowering the young women who have been inspired to pursue a scientific calling.”

Dresselhaus is one of the nation’s foremost experts in the multifaceted field of carbon science. Her investigations into superconductivity, the electronic properties of carbon, thermoelectricity and the new physics at the nanometer scale have helped yield numerous scientific discoveries.

When Dresselhaus arrived at MIT in 1960, women comprised just 4 percent of the student population; the percentage of women today is 40 percent.

—Courtesy of the MIT News Office

Click here for supplemental reading about Mildred Dresselhaus on Amazon.