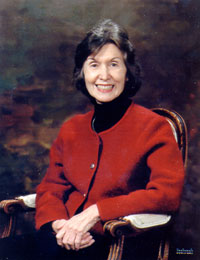 Merle Goldman, Professor Emerita of History at Boston University, was born in March 12, 1931. She earned a B.A. at Sarah Lawrence College in 1953 and graduated Phi Beta Kappa with an M.A. from Radcliffe College in 1957. She earned her Ph.D. in History and Far Eastern Languages at Harvard University in 1964.

Her teaching career began at Wellesley College, where she was an Instructor in Far Eastern History from 1963 to 1964. Goldman was a Lecturer at Radcliffe Seminars from 1968 to 1970 and taught Chinese History at Boston University from 1972 to 2001.

In 1974, Goldman accompanied the Delegation of American University Presidents to China as the China scholar. She has been a member of the Council on Foreign Relations since 1978, a Board Member of Asia Watch—a division of Human Rights Watch—since 1988, and a consultant to Harvard University Press since 1983.

Her books include Literary Dissent in Communist China (1970); China’s Intellectuals: Advise and Dissent (1981); Sowing the Seeds of Democracy in China: Political Reform in the Deng Xiaoping Decade (1994); China: A New History, Enlarged Edition (1998), coauthored with John K. Fairbank; and From Comrade to Citizen: The Struggle for Political Rights in China (2005).