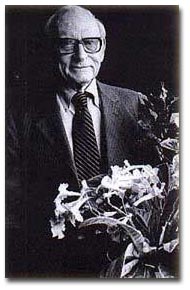 Merle E. Curti, a pioneer in the development of intellectual history and one of the founders of the American Studies Association, died March 9, 1996 at the age of ninety-eight. A transitional figure in American historiography, Curti was one of Frederick Jackson Turner’s last students and a close friend of Charles Beard. His own students included Richard Hofstadter, John Higham, and Warren Susman. Born in Nebraska and educated at Harvard, Curti taught at Beloit, Smith, Teacher’s College, Columbia, and from 1942 to 1968 at the University of Wisconsin.

Each summer he returned to his beloved, restored farmhouse in Lyme Center, New Hampshire. It was here and at Baker Library at near-by Dartmouth College that he did much of his writing. He also taught in Japan, Australia, and India, and he lectured many times throughout Europe, where his work is well known. Of all the honors bestowed upon him, including many honorary degrees and the Pulitzer Prize, he was perhaps most proud of the Order of the Northern Star awarded him by the Swedish Government in 1965.

Curti was strongly influenced by John Dewey’s instrumentalism and that influence permeates The Growth of American Thought (1943) and much of his other writing. He traced the social history of ideas and the relationship of ideas to society. The Growth may seem encyclopedic and difficult to read today, but at the time it was published, along with Ralph Gabriel’s The Course of American Democratic Thought (1940), it helped to establish intellectual history as a field of study, and after the war it became an indispensable guide for American Studies scholars. There is no “Curti School” of history. His eighty-six Ph.D. students wrote on dozens of topics and he never tried to enforce an interpretation or insist on a particular approach. His own interests were eclectic and wide-ranging, and his bibliographical knowledge in a dozen fields was legendary.

He wrote several books on the peace movement, including Bryan and World Peace (1931) and Peace or War: The American Struggle (1936), and he helped to establish Peace Studies as a field of scholarship. The American Peace Crusade (1929) was based on his dissertation, written after Arthur Schlesinger Sr. (who had replaced Turner at Harvard) rejected his first effort, which was apparently a junior version of The Growth of American Thought. He wrote on the history of education; in fact, The Social Ideas of American Educators (1935) remains one of his most important books. His history of the University of Wisconsin, done in 1949 with Vernon Carstensen, is still one of the best college histories ever written. He wrote on philanthropy. In addition to books on American philanthropy abroad and philanthropy and higher education his article: “American Philanthropy and the American Character,” American Quarterly X (Winter, 1958): 420-437, is the best place to begin to learn about a field that is just now attracting American scholars.

Curti not only wrote intellectual history, he also was one of the leaders in attempting to apply social science methods to the study of history. He chaired the Committee on Historiography of the Social Science Research Council (that included among others, Charles Beard, Thomas Cochran and Jeanette Nichols), which produced the famous “Bulletin 54” Theory and Practice in Historical Studies (1946). More important he tried to apply social science methods and statistical analysis to the study of Trempealeau County in Wisconsin. His book, The Making of an American Community (1959), tried to test Turner’s theories about democracy, and it remains an important pioneer work in social history.

Curti was the co-author (with Willard Thorp and Carlos Baker) of a collection of documents, American Issues (1950),the first such collection in American Studies. He was also the co-author with Paul Todd of a high school text, The Rise of the American Nation, which is still in print and still being attacked in some circles as too liberal. Curti was often attacked, especially in the 1950s, for his liberalism, his relativism, and for his defense of unpopular causes. He was always proud that in one such attack a right-wing critic denounced the dangerous, radical ideas of “Beard, Becker, and Curti.” He thought he was in excellent company. He was not afraid to speak out in defense of freedom of speech and to denounce loyalty oaths, anti-intellectualism and McCarthyism, as he did in his presidential addresses to the Mississippi Valley Historical Association (1952) and the American Historical Association (1954).

Curti was not a dramatic lecturer, nor a charismatic teacher. He influenced through his wide-ranging mind, his vast knowledge, his varied and innovative scholarship and his tolerance for all points of view. He offered sympathetic support to hundreds of students and to a great many others who demonstrated any intellectual curiosity about the human condition and the American scene. In retirement he kept up a huge correspondence with friends and former students, even with some scholars he had never met. And he continued to read widely in the most recent scholarship and the latest fiction. Even in the last few years his letters to me praised or criticized books that I had never heard of or had not got around to read. 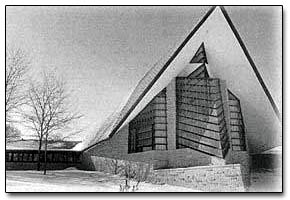 Merle Curti was a member of the First Unitarian Church of Madison, Wisconsin, whose Meeting House was designed by Frank Lloyd Wright.

Curti attended a series of luncheon meetings in the Supreme Court Cafeteria in Washington in the years after World War II that Carl Bode always maintained led to the founding of the American Studies Association. He was not of the Fellows in American Studies that Robert Spiller argued was the founding organization, though he knew Spiller just as he knew all the important Americanists in the post-war years. He was vice-president of ASA in 1954-55, and he was asked to serve as president the next year, but he declined because he was going to be out of the country. He was not asked again, but he took part in many American Studies conferences from Texas to Cambridge, England to Hyderabad. In so many ways Merle Curti was one of the important pioneers in establishing intellectual history and American Studies as a way of learning and teaching about American culture.

So Long, Maestro:
A Portrait of Merle Curti

I called him the Maestro, and Maestro he remained for fifty years. His intellectual, social, and cultural interests were broad and far-reaching and, aided by a phenomenal memory bank, his knowledge bordered on the encyclopedic, not only in history but in the social sciences, the humanities, and the arts. He managed somehow to envelop all fields of knowledge under the umbrella of history, an ability that sketched from his first published essay in 1922, stressing the contributions of literature to understanding history to his last work in 1980, Human Nature in American Thought.

I suppose the Maestro’s energy and knowledge are best measured by his productive scholarship—some twenty scholarly books and at least fifty major essays. on subjects ranging from the peace movement to philanthropy abroad to dime novels to world’s fairs, all within the context of American history. This scholarship has already been judged‚ by his Pulitzer Prize, the numerous awards of learned societies, the presidencies of the major historical organizations, the recognition of the distinguished visiting lectureships, both here and abroad, and his many honorary degrees.

The major example, however, and the central point of his career, was his pioneering work in social and intellectual history, The Growth of American Thought (1943), still in print after sixty years, which he described as “a social history of American thought.” He received the Pulitzer Prize for this monumental work that few have tried to duplicate and none with success. His own earlier work all pointed toward this book, and all his subsequent work was related to it. I am inclined to think that no other single piece of writing in American history, short of Turner’s essay on the frontier, has stimulated more varied and extensive scholarship. 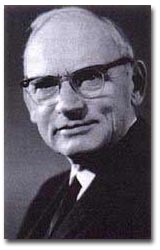 The Maestro’s work, it seems to me, was greatly shaped and conditioned by a deep sense of humanity and a profound respect for the individual human being. And this is why, despite his occasional gloom about the present prospects of humanity, his study and writing reflected a conviction that, in the long run, the evil some men do is outweighed by the good most people are capable of in their daily lives.

In his writing and teaching, the Maestro emphasized the greatness that resides in the common body of humanity, and the common stuff of humanity found in the truly great. This is why, I think, he was such a passionate defender of academic freedom, a promoter of social justice, and an active worker against racial and sex discrimination, even at a time when the movement for those civil rights still lay in the future.

Equally at ease in the presence of prime ministers and New Hampshire farmers, as comfortable on the boulevards of Paris as on the county roads of his native Nebraska, as well-read in Ned Buntline as in Karl Barth, Merle Curti was a true cosmopolitan in a manner beyond the capacity of jet-setter or diplomat. As knowledgeable in the arts as in the social sciences, as understanding of science as he was of literature, he came as close to possessing an all-embracing mind as is possible in the top-heavy specialization of the twentieth century.

As scholar and teacher he will live on for a very long time—in the books, scholarly articles, and essays he wrote and in the students he trained who went on to train others in a continual passing on of his legacy. But the Maestro as an individual human being, a dear and close friend, will not survive those of us who knew him personally—his sweetness of character and his gentleness of manner—and whose lives were somewhat better for his presence than would otherwise have been the case.

— By G. D. Lillibridge. Abridged from The American Scholar, Volume 66, Number 2, Spring 1997. Copyright 1997 by the author. Shared with the permission of the publisher.