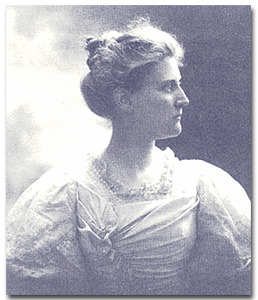 It is hard to overestimate the influence of Unitarianism on Mary White Ovington, who was born at the time of the assassination of President Lincoln and at the end of the Civil War; and died after World War II in 1951. It is doubly difficult to overestimate the influence of Mary White Ovington on Unitarianism. Her childhood Brooklyn church, Second Unitarian, had been in the forefront in the Abolitionist battle against American slavery. But all that was forgotten, the work assumed done, by the time Ovington began to question the roles of women, of Blacks, of “good people” in the racially hostile atmosphere of the turn of the 19th century.

Since I can say what I think here, I will tell you after so very many years of “living” with this remarkable woman through researching and writing her biography (Inheritors of the Spirit: Mary White Ovington and the Founding of the NAACP), I believe that not only was Mary White Ovington THE founder of the NAACP in 1909, but that she almost single-handedly pulled in and kept together the radicals, the socialists, the journalists, the writers, the newspaper owners, the Blacks and the Whites, the Jews and Unitarians into the 20th century cause of justice, freedom, and sanctuary from lynching of Black Americans.

You don’t have to take my word; you shouldn’t. You should go to her own story, and the story of this cause, told so readably in her 1947 book, The Walls Came Tumbling Down. And now, too, you have access to her serial autobiographical narrative first published in the Baltimore Afro-American in 1932-33, in a 1995 republication by the Feminist Press, called Black and White Sat Down Together: The Reminiscences of an NAACP Founder. 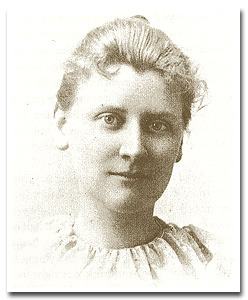 Ovington’s early Unitarian training to think and question, question and think, emerged strongly in her late published and unpublished writing as it did throughout her life. To Roy Wilkins at the NAACP she wrote on July 22,1942 as the organization dealt with the topic of segregation, now promoted by W. E. B. Du Bois: “I who have found that I am a dialectic materialist, believing in no absolute truths and that man’s progress, when he makes any, is not the result of slogans but of work, still wonder whether each issue that comes should not be carefully studied and decided not on the merits of publicity, but, shall we say, on the merits of the greatest good to the greatest number.”

Immediately recognizing the power of Native Son when it surprised and shocked the literary world in 1940, she wrote to Richard Wright: ‚ “I’ve watched Negro literature now for forty years, collected it, reviewed it, even written a little of it [she could add that she corresponded extensively with many Black authors]. Much of it has seemed unreal. . . . But you’ve gone down so deep, your book is rooted into life.”

With John Haynes Holmes of Community Church, Ovington carried on lively written debates which help us imagine what it must have been like to listen to these two people together. She wondered at his casting the tie vote to expel communist Elizabeth Gurley Flynn from the American Civil Liberties Board; she appreciated his talk on John Steinbeck’s Grapes of Wrath; and said of the controversial ending of the book: “There was a group of human beings, bereft of everything, and one of them gives food from her very self to succor someone hungrier than she. The miracle of man! The heroism of it! Shut up in that barn man became invincible.” 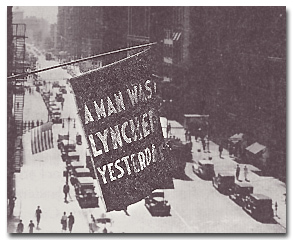 Flag flown from NAACP headquarters at 69 Fifth Avenue in New York City during the anti-lynching campaign. Courtesy of the Library of Congress.

She assessed their work with the NAACP and moved toward larger concerns: “I know that there has been real progress in bettering the relations between white and colored people and that the NAACP has helped to bring this about. But the persecution of the Jews makes me fear that we have built upon sand. Except in the labor movement, each group is working solely for its own advantage, and the stronger can use race prejudice without remorse if real competition appears. . . . Wars, conflicts, cruelty have always been. But increasingly more and more men and women are brought into a fuller life than they knew before. The middle class marched on through the Reformation. The workers, in the factories and in the fields, are waking to the fact that it is for them to march on now.”

The workers were indeed the hope of the future for Ovington: “In my long experience I find that the intellectual is only of value to the working class in exposing conditions. After that he is more apt to set back a movement than to promote it. Like the abolitionist who exposed slavery and then opposed the compromise measures that in the end brought about its abolition: the free soil, the republican party, and Lincoln. . . . But I shouldn’t attempt to argue about this to you for you still believe in your class and mine whereas I believe that we have failed. Two great wars in 28 years hardly shows intelligence. I am not with you that the Unitarians of whom you spoke at the Alliance once, are of any world importance.”

When she wrote to Holmes in April of 1942 that they would have to have a good talk about New Moral Issues, she quickly went on to say, “I should first have to define Moral Issues and that would probably take all their time right there.”

But she used the letter to give her own definition: “I don’t believe that there are any fixed moral issues—no eternal verities. Man is an animal with very finite limitations—physical and intellectual. What is important to him one century—’moral’ to the extent of burning his fellowmen for differing with him—becomes utterly unimportant in the next century. Much that seems true today will not seem true tomorrow. Life is a matter of values.”

Mary White Ovington’s completion of the manuscript for The Walls Came Tumbling Down is in itself a great, inspiring story of aging and dedication. Over several years of first great enthusiasm, then through strokes, loss of eyesight, hospitalization, and shock treatments, she struggled on.

Finally she had it ready to send to readers, including first and foremost, John Haynes Holmes. He was delighted with it: “What surprised and excited me was the fact that what you have written is far more than a mere history of the NAACP. It is an autobiography in the true sense of the word and a fascinating one. . . . The whole thing has a fine literary quality, and a frankness of confession . . . which is wholly consistent with modesty and with restrained feeling. But all through what you have written, there is the passion of your conviction and high idealism, and this gives the book an absorbing quality which is remarkable.”

When the dark blue book finally emerged from its writing and publishing maze, Holmes was second only to Oswald Garrison Villard on her list of Key People to Whom to Send a Copy of The Walls. Walls, Ovington said, “was my last gift, a salute to the friends I have made all over the continent during the past thirty-eight years.”

Once the publishing hubbub had died down, she dictated: “Since finishing The Walls Came Tumbling Down, I have had a sort of let-down physically, and I am entering upon a queer existence. . . . All the old energy is gone and I can hardly remember it.” 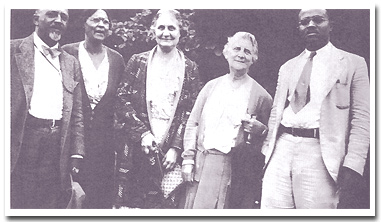 At some point in these last years of her life, Ovington did some of what Holmes suggested, that she not stop with Walls but that she go on to tell about her later days, “especially your interest in Russia and your reaction to this great revolutionary upheaval of our time.”

In her papers in the Archives of Labor and Urban Affairs at Wayne State University in Detroit, are page upon page of her carefully thought-through and original “Plans for Peace” based on economics. “How interesting history would be if instead of tracing power through nations we traced power through production and distribution.”

“I fear the world that goes on: the few holding the flowers of the earth, gripping them with their hot hands, while the little children. . . grope among the nettles for food. . . . The new man is not growing in America. But the bombs are growing.”

Some of Mary White Ovington’s last, shaky, handwritten letters were to Holmes, her friend and minister, who faithfully visited her and wrote her in the hospital (The Institute for Living in Hartford). In 1948 she regretted not being with him for a Community Church dedication and concluded. “These are difficult days but there is always hope. Yours, Lovingly, Mary W. Ovington.”

— By Carolyn Wedin, author of Inheritors of the Spirit: Mary White Ovington and the Founding of the NAACP

Where I Began
by Mary White Ovington 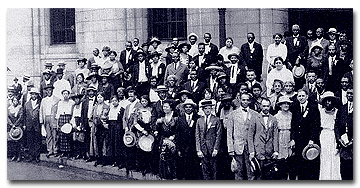 Twelfth annual conference, NAACP. Courtesy of the Library of Congress.

I came from a family of teachers and spent a happy childhood attending private schools, and upon my graduation, I spent two years at Radcliffe College. After three years of “going into society,” I set out to make my living. I had learned little of the Negro population, other than that slavery had been ended, the Negro was free and a citizen, these two facts cast everything else into the shade.

That I should later work for the Negro never entered my mind, but I doubt if I could have better preparation than the settlement gave. For in those years I learned that many problems attributed to race are really labor problems. It was during my time at Greenpoint that I had direct contact with the Negro life and that led me to take up colored work.

The Social Reform Club, to which I belonged, wanted to honor the author of Up From Slavery, Booker T. Washington and his wife, and I was made chairman of the committee to arrange for the dinner, with the instructions: “Do not have all the talk about conditions of the South. Have conditions of the North discussed.” Upon following these instructions, I learned of the condition of the Negro problem in my own city! I accepted the Negro as I accepted any other element in the population. That he suffered more from poverty, from segregation, from prejudice, than any other race in the city was new to me. I was inspired after that night, and went home with a new idea, “might my next venture be among Negroes?” I left Greenpoint a year later and spent the following year recovering from typhoid.

The desire to have a settlement among Negroes had been mulling around in my mind for these months. I felt a settlement in a Negro section would not only help the poor but would be an excellent meeting place for the well-to-do of each race. With this idea in mind, but with no knowledge of the condition of the Negro, I was advised by a friend, Mary Kingsbury Simkhovich, head of Greenwich House to study the condition of Negroes in New York City. Mary helped me to secure a fellowship from Greenwich House, which resulted in the publication of my first book, Half a Man: The Status of the Negro in New York.