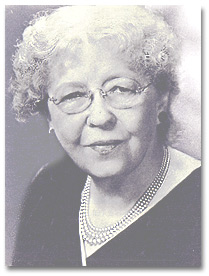 Mary Carr Moore’s formal connection with Unitarianism came through her mother, Sarah Pratt Carr, a minister who in the 1890s organized several new Unitarian congregations in the Fresno area of California’s Central Valley. Mary Moore’s life was centered around music from an early age. Although she was born in Memphis and passed her early years in Louisville, by the age of ten she had relocated with her family to the west coast, where she remained, living successively in Napa, San Francisco (where she received her formal training as a singer and composer), rural Lemoore (CA), Seattle, San Francisco again, and finally (from the mid-1920s) in Los Angeles.

Moore was initially trained as a singer, but soon turned toward composition. While most American composers, especially the women among them, primarily wrote songs and piano pieces for their students, Moore concentrated on operas, composing a total of eight over a period of more than forty years. The first, really an operetta—composed to her own libretto at the age of nineteen—was performed by a group of young people in San Francisco; she sang the lead role. After a pause of almost fifteen years, in which she abandoned composition for a time in favor of child rearing and teaching in Lemoore and then Seattle, she set to work on her four-act grand opera based on the story of the Whitman Massacre of 1847 at a time when survivors of the massacre were still living and controversy still swirled around both the missionaries and the murders. The idea of using an opera to tell something approximating recent regional history was a novel one. She commissioned a libretto from her minister-suffragist-novelist mother. Their determination to tell the story without superimposing a romantic triangle and to represent Native American participants as individuals made their project unique. Narcissa: Or, The Cost of Empire, had its premier in Seattle in 1912. Several of the principals were imported from New York for the occasion, but no experienced conductor was willing to risk conducting an opera by a woman composer; therefore Moore herself became a conductor. (She conducted revivals in San Francisco in 1925 and Los Angeles in 1945 as well.) 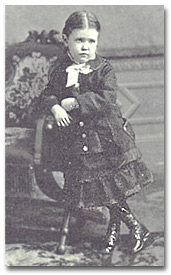 Her next major opera was David Rizzio, first performed in Los Angeles in 1932. In Italian, this opera tells the story of the murder of the Papal Nuncio to the court of Mary Queen of Scots. The captivity and execution of Mary Queen of Scots was a favorite 19th-century operatic subject, but Moore chose to concentrate on the short section of Mary’s life in which she actually governed. The opera was revived in the late 1940s by the Los Angeles Opera and Fine Arts Club; the audience filled the old Biltmore Theater. 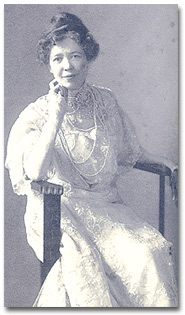 Mary Carr Moore at age twenty-eight, at the time of the second production of The Oracle, Seattle, 1902.

Moore definitely preferred her operatic heroines to be actors in their own lives rather than the sex objects and victims so often found in Romantic opera. Of her other operas, Los Rubios was composed over a three-month period in 1931 and produced in the same year as part of the 150th anniversary of the founding of Los Angeles. Legende Provençale, in French, explores the question, what would happen if the extravagant declarations of the courtly love tradition were taken literally. (A ghost story is part of the answer.) This opera was completed in 1935. Alone among her major works, it was never produced. It is written in a more modern style that was Narcissa or Rizzio. Though one of its arias was performed several times, she understood very well that it was too difficult for the amateurs and students who had comprised the ad hoc productions she had achieved for her earlier operas.

After 1935, when she had already lived in Los Angeles for a decade, teaching at California Christian College and the Olga Steeb Piano School, Moore limited herself to composing chamber music, short instrumental pieces and songs. Her long career as an activist in support of American composers and their music (begun in her Seattle years) reached a climax in those years as she became a part of the Advisory Committee to the local branch of the Federal Music Project during the Great Depression. In these years she helped organize the California Society of Composers, which offered festivals of American music in 1937 and 1938 and also pushed for performances of music by local composers by the new FMP orchestras. The constructive aspect of this work faded (and its successes shrank) as the CSC took a nativist turn and reorganized as the Native American Composers. These organizational efforts, along with the Federal Music Project and other aspects of the Depression-Era WPA, petered out soon after December 7, 1941, when the U.S. entered World War II. By that time Moore was almost seventy. Though she was still going strong as a teacher, her years of prodigious work had taken their toll and she was no longer so productive. The years following World War II saw the gradual decline of the lively music club and amateur music-making culture that had sustained her career for half a century. 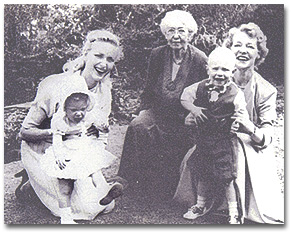 Moore was very much a Victorian lady—both encouraged and thwarted by her culture—who managed to grow artistically in spite of the obstacles she faced. Family financial reverses prevented her from studying abroad, the usual pattern for musicians of her day. Wage discrimination kept her in low-paying teaching assignments, though she was often a major contributor to her family’s income. (In Los Angeles, for a time she supported her mother, her divorced daughter and two young grandsons.) Most damaging, given her tremendous energy and obvious gift for composition, was the fact that she was barred by both gender and geography from working in professional opera houses with professional singers and musicians, where she might have found the stimulation to develop her gifts even further. Yet she made the most of the opportunities that came her way, and left an important body of work that deserves more exploration than it has received to date.

One hallmark of Mary Carr Moore’s teaching was her ability to persuade even the most inhibited of her students to compose freely. In the 1930s and 40s, their work was often performed at a manuscript club, whose goal suggests the breadth of Moore’s vision: “It has been the wish of the founder, Mary Carr Moore, that, in this club, the one tie would be that of the Universal Language, MUSIC, and that all division of religion, politics, or custom might be forgotten, and all work together in the cause of HARMONY.”