The success of the public Carnegie Libraries played a great role in encouraging the development of libraries nationally, and many of the nation’s largest systems owe something to the Carnegie’s generosity.

Courtesy of Carnegie Library of Pittsburgh

What a story! The wife of the richest man in the world, Andrew Carnegie, owner of the Carnegie Steel Corporation, enthusiastically advised her husband to stop making money and to start giving away his fortune by helping communities in America and beyond to build free public libraries. Andrew Carnegie and Lousie Whitfield were married in her home by the Rev. Dr. Charles H. Eaton, minster of the bride’s family Universalist Church of the Divine Paternity in New York City.

Louise advised Andrew as they jointly helped the creation of more than 2,500 libraries between 1883 and 1929. 1,689 were built in the United States, 660 in Britain and Ireland, 125 in Canada; others in Australia, New Zealand, Serbia, the Caribbean, and Fiji. The first of these free libraries was built in Scotland, where Andrew was born. A motto was carved at the entrance, “Let there be light”.

All these libraries’ architectural style was determined by local residents, but all of them had the innovation of open stacks that encouraged browsing. 31 of the 39 buildings of the New York Public Library are still in operation. These Carnegie free libraries reportedly led to the establishment of at least 75% of all of the free libraries in America. Among their strongest supporters were local women’s clubs.

If a town or city wanted to establish a Carnegie Library it had to meet four requirements:

On Tuesday, June 24, Mrs. Andrew Carnegie died at her home in New York City, in her eighty-ninth year. This brought to an end a long and exceptional life of great distinction and fine living. Although since the death of her husband in 1919 Mrs. Carnegie had seldom visited Pittsburgh, she was known to many here for her high purpose, kindliness, and nobility of character. Notwithstanding the great wealth and prominence of her husband, she played her individual part in all his philanthropies as a counselor and an enthusiastic co-planner in his hopes for the betterment of the human race. She was self-effacing in her own benefactions, which were many, but fully lived up to what she felt to be the responsibilities placed upon her by her opportunities for service. A true lady in the old fashioned sense of the word, she was most gracious and kindly to all with whom she came in contact and could well be taken as an outstanding example of American womanhood.

Mrs. Andrew Carnegie, 89, widow of the steel maker and philanthropist, died today at her Fifth Ave. mansion in New York City, according to an Associated Press report. A retiring woman, whose philanthropies always were conducted quietly, she had been in failing health for more than a year. A daughter, Mrs. Roswell Miller of New York, was at her bedside. A granddaughter, Mrs. Gordon Thompson, flew from England May 12 to be with her.

During her last public appearance in Pittsburgh, years ago, Mrs. Carnegie looked at the institutions of learning and culture her husband had given the city, and declared: “Here is the best conception of the idea of the brotherhood of man. I have never enjoyed a visit to any part of the world as I have this visit to Pittsburgh.” The former Louise Whitfield of New York, she had married Mr. Carnegie in 1887–38 years after he came to Pittsburgh from Scotland to work as a bobbin boy in a cotton factory. He had hitched his wagon to the rising stars of iron and steel and was a wealthy but lonely man. Gave Away Half Billion.

Soon after their marriage he became the richest man the world has ever seen and one of the happiest. Speaking of his life with his ‘beloved Lou,’ Carnegie said: “Why, oh why, are we compelled to leave the heaven we have found on earth and go we know not where?” With his wife’s help Carnegie also became a great philanthropist. In the 18 years from 1901 to 1919 he gave away the bulk of his fortune of half a billion dollars at the rate of $25,000,000 a year.

The various money-giving corporations which he established still pour out from four to five million dollars a year.

One night in August, 1919, after Mrs. Carnegie had said good night to her husband, he sank into his last sleep. He was buried on top of a small hill in Sleepy Hollow Cemetery near Tarrytown, N.Y.

During the last 27 years, Mrs. Carnegie led a quiet, retiring life in New York and Scotland. She met annually with the members of her late husband’s corporations, made suggestions, and took great pride in their work. Meanwhile, she kept giving away sums of her own money. On the occasion of the Carnegie Centennial in 1935, a little gray-haired lady with a kindly voice, she reminisced:

“Pittsburgh has a warm place in my heart. I have so many recollections of the lovely, affectionate friends whom I knew there.”

Her last public appearance with Andrew had been in Pittsburgh. He had said of her: “Peace and good will attend her footsteps wherever her blessed influence extends.”

According to church records, Louise Carnegie was a member of the Fourth Unitarian Society in the City of New York. She and her husband, Andrew, donated an organ to Fourth Unitarian. Following Andrew’s death, Louise made significant donations to charities including many liberal religious institutions.

Slideshow of the Carnegie Library Project

Andrew and Lousie Carnegie began the Carnegie Library Project when there were fewer than 1,500 libraries in the United States. The first library was commissioned in Mr. Carnegie’s hometown of Dunfermline, Scotland. A first generation Scottish immigrant who rose out of poverty to become one of the richest men in the world, Andrew Carnegie believed in the importance of providing an equal opportunity educational system in the US. In total, 2,509 libraries were built both in the US and across the world, the last library being built in 1919. The project, over a span of less than four decades, doubled the amount number of libraries in the country and provided many Americans, who otherwise would never have laid hands on a book, access to a vast collection of scholarly texts. At the end of this presentation which celebrates Louise and Andrew’s crusade for educational equality in the US, is a collection of a few of the country’s largest libraries. Louise and Andrew Carnegie’s extraordinary philanthropic act influenced the later production of public libraries in the United States. 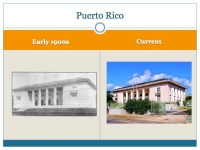 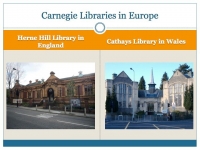 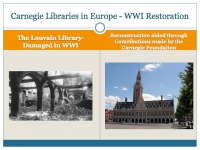 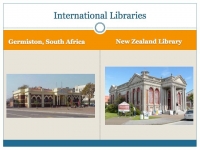 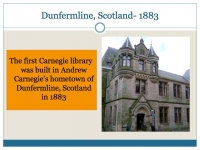 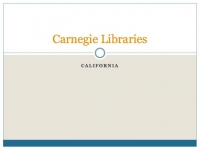 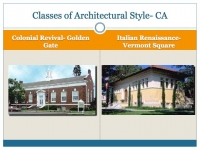 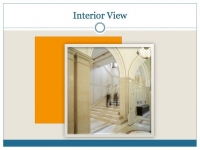 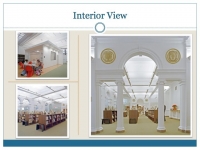 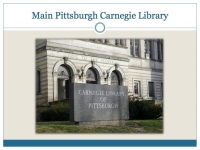 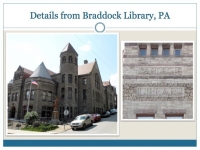 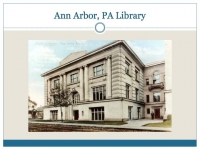 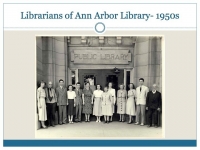 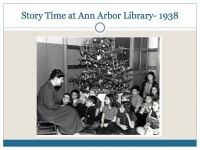 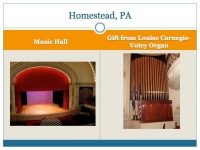 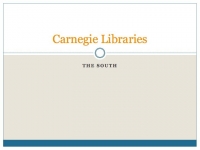 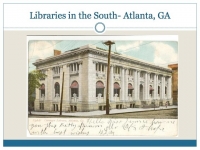 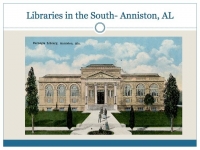 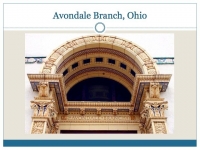 The Autobiographies of Louise and Andrew Carnegie