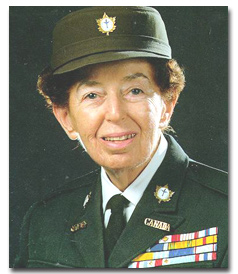 From the First Unitarian Church of Ottawa.

Dr. Lotta (as she is known) was a refugee from Czechoslovakia during World War II, fleeing to Belgium, southern France and Portugal, before finally coming to Canada. She began to work on behalf of refugees with the Unitarian Service Committee in Boston. Three years after arriving in Canada, she founded the Unitarian Service Committee of Canada with the help of the people in the Ottawa Unitarian Congregation.

In recognition of her work, she has received awards from various governments, and Canada has made her a Companion of the Order of Canada, the nation’s highest award.

Members of the Unitarian Congregation of Ottawa are proud to have helped at the beginning and now to have her bust as a reminder of our present obligation to help those in need.

Don Saxon, then President of the Congregation, learned that Harold Pfeiffer had his original sculpture of Dr. Lotta in his basement. After a visit to Dr. Pfeiffer’s, a bronze was commissioned and presented as a gift to the church.

Lotta Hitschmanova and the USC 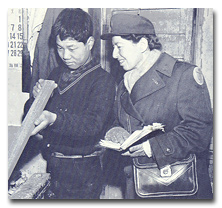 Dr. Lotta admiring the carpentry work of a young boy sponsored in a children’s home.

Dr. Lotta, as she was known, was rewarded for her work many times, including the designation Companion of the Order of Canada, the Rotary International Award for World Understanding, and national awards from Lesotho, Korea, India, Greece, and France. Dr. Hitschmanova proudly accepted these awards for the USC and wore them on her self-designed uniform, five rows of ribbons.

Lotta Hitschmanova was from Czechoslovakia, but the trip she made from there to Canada was a long and winding one. She was born in 1909 in Prague, the daughter of a prosperous family. She had a younger sister, Lilly. Their mother was elegant and socially ambitious, and fluent in several languages, including Italian, French and English as well as German, the state language at the time. Their nanny spoke Czech; their governess taught them French. The girls attended school together, and Lotta finished with honours. Even then, she tried to help others, running an informal tutorial during the morning high school recess for those who were not prepared for the daily Greek and Latin classes.

Lotta entered the University of Prague in 1929, studying languages, and spent two of those four years in Paris at the Sorbonne. One of her several diplomas in various languages earned her a scholarship for her Ph.D. Then she was back to Paris for more studies in journalism and political science. After she finished in 1935, she returned to Prague to help her father in his malt growing business. She couldn’t stay away from political journalism, though, and managed to be a correspondent for several papers until the signing of the Munich Pact in 1938. Her views were definitely anti-Nazi, so she was persuaded to leave Czechoslovakia for her safety, and returned to Paris, then with friends in Belgium, and back again after some time there, leaving just ahead of the advancing German army. In 1941, she was in Marseilles, trying to get a visa to go to the United States. The migration service she appealed to was not able to help, but they did need a secretary and interpreter fluent in French, English, German, Spanish and Czech! She was able to forget her own pain by helping others. However, her diet of beets and carrots led to a collapse on the street from fatigue and hunger. She was taken to a clinic run by the Unitarian Service Committee, an outreach of the American Unitarian Association in Boston. 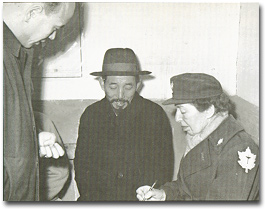 Thus began Lotta Hitschmanova’s introduction to the Unitarian Service Committee. She had originally wished to emigrate to the US, but the visa that came through was from Canada. She caught the last boat from Lisbon to New York, and then went on to Montreal. She settled in Ottawa and joined the Unitarian church there.

By 1945, the idea of a Canadian Unitarian Service Committee had become a possibility. Representatives from the six Canadian Unitarian churches—from Ottawa, Montreal, Toronto, Hamilton, Winnipeg and Vancouver—met and eventually approved the notion. At first, the organization was limited to raising funds from Unitarians only, but that didn’t last long. Unitarians were, however, the core support for many years. 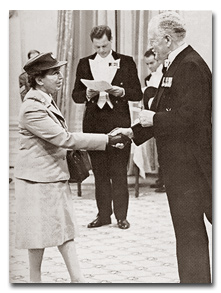 Dr Lotta receiving the Order of Canada from Governor General Roland Michener in 1972.

But to the Royal Canadian Mounted Police, (RCMP), during the Cold War, Hitschmanova’s passion for aiding starving children in Europe and the Third World was highly suspicious, political scientist Steve Hewitt says.

The RCMP worried that Hitschmanova, a Czech refugee, might be sympathetic to Communism. So they spied on her for three decades. Hewitt, who is currently teaching at Purdue University in Indiana, says the RCMP would gather files on religious groups when their members expressed concern about the Third World, protested the nuclear-arms buildup, opposed the Vietnam War or called for diplomatic relations with China.

The RCMP feared prominent members of the religious groups may be subversive. While RCMP investigators didn’t think Christian leaders and activists were actual spies for the Soviet Union, Hewitt said, they did believe they could be seduced by communism and would therefore “erode Canada from within.”

Through access to information requests, Hewitt has uncovered stacks of documents showing the RCMP spied on Christian groups from the 1940s until at least the 1980s, when the RCs intelligence gathering role was largely taken over by the Canadian Security Intelligence Service (CSIS). However, Hewitt speculates that Canadian security officials may continue to spy on religious groups and other activists today—particularly since the RCMP admitted infiltrating student organizations as recently as 1998.

— By Douglas Todd, from the Vancouver Sun. 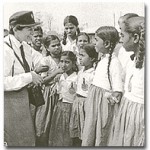 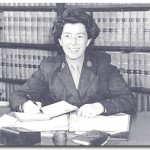 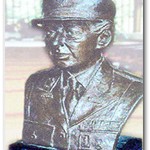