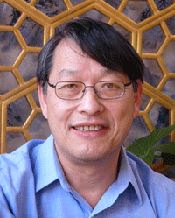 Lincoln Chen, MD, is the director of the Global Equity Center based at Harvard University’s Asia Center. Before returning to Harvard in 2002, he served for five years as the Executive Vice President for Strategy at the Rockefeller Foundation. For a decade before the Rockefeller Foundation, Dr. Chen was the Director of the University-wide Harvard Center for Population and Development Studies and the Taro Takemi Professor of International Health at the Harvard School of Public Health.

From 1981 to 1987, Dr. Chen was the Representative of the Ford Foundation in India, and from 1973 to 1980 he worked for the Ford Foundation, both on its staff and as Scientific Director of the International Center for Diarrheal Disease Research in Bangladesh.

Dr. Chen has his BA from Princeton University, MPH from Johns Hopkins, and MD from Harvard Medical School. He was trained in internal medicine at Massachusetts General Hospital. Dr. Chen has numerous publications on world social development, especially in health, population, and food and nutrition.

In 2001, he was elected Chair of the Board of Directors of CARE. He has served as Commissioner of an independent Global Commission on Human Security and currently serves as a board member of the United Nations Fund for International Partnerships. Chen also chairs the facilitation group for the Global NGO Forum, a regular convening of the presidents of the major international NGOs to explore and develop actionable themes for common work.

—Courtesy of the Harvard Humanitarian Initiative