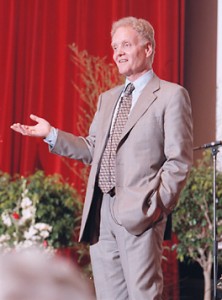 Bill Gates is the symbol of success for our era, said global economist Lester Thurow, the MIT professor, because “he controls the knowledge process. Never before in history could one become wealthy by managing knowledge.”

What Thurow calls the third industrial revolution, knowledge management, is already evident in the boom in U.S. billionaires, which parallels the rise fo the Rockefellers, Mellons and Morgans a century ago. It is also apparent in the latest list of the world’s 10 wealthiest companies, nine of which are home-grown and based on emerging technologies.

Thurow is the author of the best-selling Zero Sum Society and the just-published Future of Capitalism. According to Thurow, countries, like individuals, are by their collective nature good at some things, bad at others. “Japan’s strength,” he said, “is taking a prominent, mature world technology and making it 2 percent better”—in effect producing an improved product more efficiently than competitors. What it’s not good at is innovation, nor does it have a tolerance for failure, according to Thurow—two traits that Americans seem to have in spades.

“No technological revolution lasts forever,” warned Thurow. “Our day will pass, just as Japan’s did, and theirs will come again, but enjoy it while it lasts.” He also commented on what he called “the dark side” of the economic picture for the United States today. Our productivity has dropped, he observed, as has our overall education level, and those shifts are reflected in a 20 percent drop in real wages of close to 60 percent of our citizens over a 20-year period, despite the prosperity at the top. Thurow called that development ‘a real problem.’”

Click here for supplemental reading about Lester Throw on Amazon.