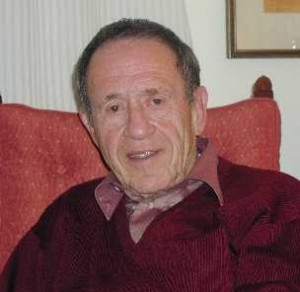 Leo Marx received his B.A. (History and Literature, 1941) and his Ph.D. (History of American Civilization, 1950) from Harvard University. He taught at the University of Minnesota and Amherst College before coming to MIT in 1976. He has three times been a Fulbright Lecturer in Europe, twice a Guggenheim Fellow, and a Rockefeller Fellow. He is a member of the American Academy of Arts and Sciences, and has been president of the American Studies Association, and chair of the American Literature Section of the Modern Language Association. His work examines the relationship between technology and culture in 19th and 20th century America.

Leo Marx was born in New York City in 1919, educated in New York and Paris schools, and at Harvard College. He served in the U.S. Navy during World War II, and took his doctorate (in the History of American Civilization) at Harvard. He taught in the Program in American Studies and the English Department at the University of Minnesota from 1949 to 1958 and at Amherst College from 1958 until 1976.

In 1976 he was appointed the William R. Kenan, Jr., Professor of American Cultural History (now Emeritus) at the Massachusetts Institute of Technology and a member of the Program in Science, Technology, and Society.

The Machine in the Garden: Technology and the Pastoral Ideal in America by Leo Marx (2000)