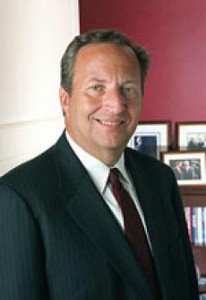 Lawrence Henry “Larry” Summers is an American economist and academic. He was Secretary of the Treasury for the last year and a half of the Clinton administration, and served as the 27th President of Harvard University from 2001 to 2006.

In three instances during his time as Harvard president, Summers made remarks that touched on political “hot-button” controversies. Environmentalists, affirmative action advocates, and many women and those concerned with women’s issues took offense and brought increasing pressure on Harvard, possibly contributing to his resignation.

Summers resigned as President of Harvard on June 30, 2006, and was replaced by former University President Derek Bok as acting Interim President the next day. Summers has accepted an invitation to return to the University following a planned sabbatical for the 2006-07 academic year as one of Harvard’s select University Professors. Separately, as announced on October 19, 2006, he became a part-time managing director of D. E. Shaw & Co.