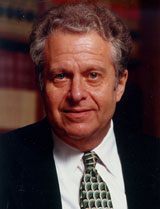 Tribe was considered a potential Supreme Court nominee until he testified against Robert Bork, making lasting enemies in the U.S. Senate (although he supported Anthony Kennedy, who was eventually appointed in Bork’s place). His protégé, Kathleen Sullivan, is now thought of by many as a potential Court nominee if a Democrat takes the White House. As a result of the fact that he is unlikely to ever take a seat on the Supreme Court given both his large body of scholarship, his political activism, and now his age, Tribe continues to strongly support liberal political causes. He is one of the co-founders off the American Constitution Society, the law and policy organization formed to counteract the conservative Federalist Society.