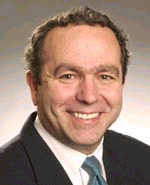 Kurt Campbell is senior vice president, Henry A. Kissinger Chair in National Security, director of the International Security Program, and Chairman of the Editorial Board of the journalWashington Quarterly at CSIS. He also serves as the Director of the Aspen Strategy Group. He has also been a contributing writer to the New York Times, a frequent on-air-contributor to NPR’sAll Things Considered, and a consultant to ABC News.

Dr. Campbell is coauthor of Hard Power: The New Politics of National Security, principal author of To Prevail: An American Strategy for the Campaign against Terrorism, coeditor ofThe Nuclear Tipping Point, the author or editor of several other books, and he has contributed extensively to journals, magazines, and newspapers. He received his B.A. from the University of California, San Diago, a certificate in music and politics from the University of Erevan in the Soviet Union, and a doctorate in international relations from Oxford University as a Marshall scholar.

—From the Center for Strategic and International Studies