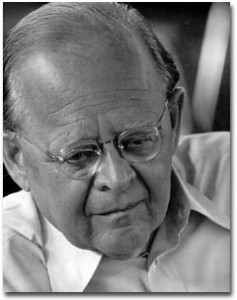 Karl Wolfgang Deutsch, Stanfield Professor of International Peace, Emeritus, was born in Prague in 1912 and died on November 1, 1992. He received his first university degree from the Deutsche Universitaet in 1934 and a law degree from Charles University in 1938, both in Prague. Shortly thereafter, he emigrated from Czechoslovakia. In 1939 he was awarded a fellowship to study at Harvard, from which he received the Ph.D. in 1951. During World War II, he worked for the Office of Strategic Services and took part in the 1945 San Francisco conference that resulted in the founding of the United Nations. He taught at M.I.T. from 1945 to 1956 and then at Yale until 1967, whereupon he returned to Harvard as a Professor of Government.

Deutsch’s dedication to social science was linked to a moral passion for improvement in the world. His dissertation and first book, Nationalism and Social Communication, remains a landmark work on its subject. Born to a Sudeten German family in the Austro-Hungarian empire, this book was Karl’s first attempt to understand why the world of his youth was destroyed by war, racism, and fratricide. Karl studied the forces of nationalism, searching for its roots as well as for its effects. This was no mere scholarly project. Karl said that political science should be considered a branch of medicine, for the purpose of understanding and doing politics well was to prevent death and relieve suffering. 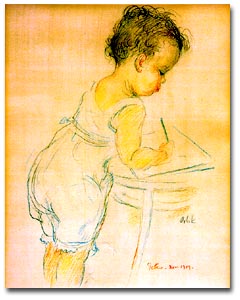 Deutsch’s greatness as a social scientist was due to his erudition and his ability to develop new concepts that led to insights into fundamental issues, such as nationalism and political integration or disintegration within and among states. He devoted much of his career to the effort to link theory with evidence systematically and, preferably, quantitatively.

Karl developed the concept of social mobilization, the process whereby people become uprooted from their traditions and become available for new patterns of communication and behavior, and he identified quantitative indicators to study it in most countries of the world. He demonstrated how this process increased the likelihood of political integration among peoples who already shared the same language, traditions, and basic social institutions, while it accelerated the forces toward disintegration of states whose peoples did not share such traits. From his thorough and exhaustive research, one can understand the social forces that contributed to the decomposition of the Soviet Union and Yugoslavia as well as to the unification of the German people in modern history.
A portrait sketch by Orlik of Deutsch as a child in Prague

Deutsch sought also to specify the background conditions for the political integration of what he called “security communities” in the North Atlantic world. He described the features of the political process of European and Atlantic integration through a series of conditional hypotheses, and he tried to test these with empirical, often quantitative evidence. In so doing, he was both a Europeanist and a scholar of international relations. His interest in the politics of integration among states also had a normative dimension. He thought that such work was the contribution of scholars to enable human beings to “learn to act together to eliminate war as a social institution.” 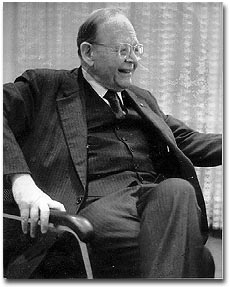 An author or co-author of fourteen books and hundreds of scholarly articles, Deutsch was perhaps proudest of his book The Nerves of Government. In his own prospectus for this wide-ranging book, Deutsch noted that he based it on “the comparative study of many systems of communication and control, ranging from electronic computers to biological and nervous systems, and to human organizations and societies.” The book aimed to reorient “political thought toward a greater interest in seeing government and politics as potential instruments of social learning, of social and economic development, and of intellectual and moral growth.”

Deutsch was elected President of the American Political Science Association in 1969, of the International Political Science Association in 1976, and of the Society for General Systems Research in 1983. He received honorary doctorates from seven universities in the United States, Germany, and Switzerland. He was a member of the U.S. National Academy of Sciences, and of the Academies of Sciences of Austria and Finland. From 1977 to 198, he was Director of the International Institute of Comparative Social Research at the Science Center in Berlin and received the Commanders Cross Order of Merit, with star, of the German Federal Republic. For about two decades, he was perhaps the main international figure in political science.

But Karl was much more than all that. He was a teacher to thousands of students at universities all over the world. He exploded with ideas. He was demanding of his students; his shortest reading list was five hundred pages per week. When students complained that he expected too much, he replied with grin: “Would you rather that I should expect too little?”

Karl was a missionary. It was not enough to understand politics; it was important to do so with purpose, commitment, and vision. He traveled ceaselessly, as a prophet might, to teach others about the scientific study of politics and about the humane practice of politics. He did so with a sunny disposition and a warm smile. As a citizen of the United States, Karl was also a passionate and persistent champion of peace, both during the Vietnam war and over the question of nuclear weapons. To say that Karl Deutsch could be eloquent is a bit like saying that Shakespeare was a pretty good playwright. Whether in front of community groups or undergraduates in our introductory comparative politics course, many would hear Karl as St. Paul is said to have heard God on the road to Damascus. Though he never shed a thick German accent, the clarity of his mind and the strength of his conviction would shine through, never more vividly than in his account of the rise of the Nazis to power in Germany –a lecture that ended typically with stunned silence and a standing ovation.

Karl was a courteous but vigorous debater and, to our knowledge, there is only one debate he was glad to have lost. In his words: “In 1926, I went into the Woodcraft Scouts. It was like all these scouts, all for boys. But there was also a Girl Guides troop in Prague. . . .and, in 1927, the girls wanted to join us. And I remember that at the ripe age of 15 I argued vehemently against it.” There was, however, a young woman in the Girl Guides who “took a spirited view on the other side. . . . Luckily, my fellow members of the Woodcraft Scouts outvoted me, and the girls came in.” Karl married that spirited young woman, Ruth, in 1936. They had two daughters, Mary and Margaret.

Karl’s students often knew each other by sharing countless Karl Deutsch stories. One dates from the spring 1968 in his graduate course on nationalism. One day, as Karl spoke animatedly, Ruth appeared at the door about five minutes after the 4 PM scheduled class adjournment. Karl saw her but kept talking. A few minutes later, Ruth took a couple of steps into the classroom. Karl kept talking, only faster. A few minutes later, Ruth walked up to the podium. Karl kept talking as fast as he could (which was very fast). Finally Ruth fumed to us, apologized for breaking up the class a half-hour past adjournment time, took Karl by the hand, pulled him out of the classroom, while explaining that they had to rush to meet their accountant to file their income tax. It was April 15.

In the introduction to the draft of Perilous Passages: Conflict in World Politics in the Next Half-Century, his final, unpublished work (co-authored with Bruno Fritsch), Karl wrote that though he expected “vast dangers from the future,” he and his co-author had “faith in human survival.”

Karl Deutsch, the eternal optimist, was never punctual, but was always ahead of his time.

The Church We Hope to Find

Religion contains ethics, and on pain of losing all sincerity it cannot but insist on its fulfillment. But beyond ethics religion has a longer view. For by religion I mean a feeling of fellowship for all mankind and beyond mankind, a feeling of fellowship for all life and all the growing, struggling, evolving universe with all that there is in it pressing towards life and consciousness and harmony. 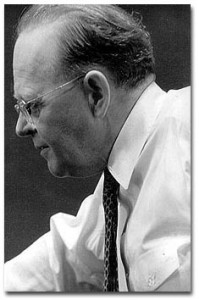 In large portions of Europe organized religious hierarchies have so long and so often been associated with class privilege, oppression, and sanctimonious servility that many of the great movements for human liberation on the European continent ever since 1789 have spoken the language of secularism — believing deeply in their conscience that they could feel nothing but unbelief in the complacent organized religions they found. Of all the great leaders of democracy on the European continent, only one comes readily to mind who linked the cause of democracy to his belief in God — Thomas G. Masaryk, the first President of Czechoslovakia, whose spiritual ancestors were the Hussites and whose wife was a Unitarian.

In the English-speaking countries we find a different picture. Ever since the days of Wyclif and Langland of Cromwell and Milton, of the Covenanters and the Abolitionists, of Jefferson and Lincoln, there has been a tradition close to the hopes and struggles of the people. If religion is to come into its share in the future, it will be in that tradition, in the measure in which we succeed in giving it reality today.

Milllons are beginning to rise above past dfferences of doctrine in their search for present results. Can we say whether millions are not beginning to catch up with the Unitarian faith? And can we hope that the Unitarian Church is catching up with its opportunities?

A member of the First Parish in Cambridge and a contributor of various articles to The Christian Register, Karl Deutsch is described in the Encyclopedia of World Biography as a foremost American political scientist in the post-World War II era: “Few, if any, other thinkers in this field attained his level of intellectual originality, professional importance, and peer-group recognition.” In additon to his editing the “Seeds of Thought Series” of the Beacon Press, he wrote a booklet, Faith for Our Generation published by American Unitarian Youth. His several articles for the Unitarian Register include “The Atom and Disarmament” in October 1946, and an article on the creative opportunity before our church published in November 1943, from which the following paragraphs are drawn.