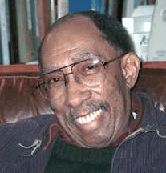 Professor Emeritus Julius Lester won the American Library Association’s Coretta Scott King Author Award for Days of Tears: A Novel in Dialogue. Lester is Professor Emeritus of Judaic and Near Eastern Studies at the University of Massachusetts, Amherst. Born in 1939 in St. Louis, Missouri, the son of a Methodist minister, Lester spent much of his childhood in the South during the 1940s and 1950s where he dealt firsthand with Southern attitudes about race and segregation.

In the mid-1960s, he became politically active in the civil rights movement and joined the Student Non-Violent Coordinating Committee (SNCC) where he served as head of their photo department. “I focused on documenting sights I felt certain were going to disappear,” he said. Lester’s photographs were included in an exhibition at the Smithsonian Institution and are part of the permanent photographic collection at Howard University.

—Courtesy of the University of Massachusetts Amherst