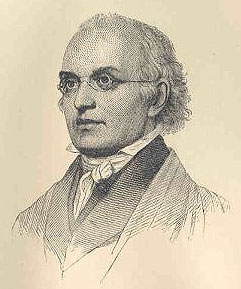 President Madison appointed Story—at the age of 32—to the U.S. Supreme Court in 1811. In 1829 Story became the first Dane Professor of Law at Harvard Law School, and he continued to hold both positions throughout the remainder of his life. An ally of Chief Justice John Marshall in advocacy of strong federal law, he not only brought Harvard Law School to national primacy, but wrote many volumes shaping the development of American law, including his Commentaries on the Constitution.