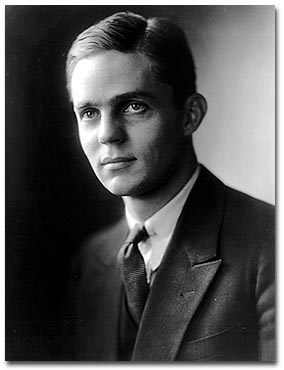 Clark’s legal career in Philadelphia took off quickly. He joined the Air Force in World War II, however, in which he became a captain and was, in his own words, “pushed gently upwards to a soft and delightful staff job with the rank of colonel.” As such, he traveled all over the world, and earned the Bronze Star, the Order of the British Empire, and the Honorary Wings of the Chinese Air Force, and other medals.

Despite his extraordinary success in the military, Clark returned to domestic affairs, campaigning for Democratic candidates before joining the fray himself. “I have been very busy,” Clark wrote to his Harvard classmates at the time of their twenty-fifth reunion in 1948, “practicing all kinds of law and trying to raise a family. Clark was not to become any less busy in the years that followed, as victories in mayoral and congressional elections saw him deeply entrenched in politics.

Clark’s first victory came in 1952, when he overturned a longstanding Republican hold on Philadelphia politics by winning the mayoral election. Clark battled corruption in local government throughout his time in office, taking on Republicans and Democrats alike as he dismantled the city’s political machine. Remembered as a “high-minded reform mayor,” Clark introduced to his office such revolutionary notions as refusing to accept “personal” gifts and insisting that he would only remain in office one term, lest concern for reelection should make him preoccupied with unimportant issues. “In his first month in office,” one journalist recalls, Clark “received a portrait of himself, 25 passes to a sportsmen’s show, a colored photograph of the Liberty Bell, season passes to two theaters, and a pass for the city transportation system. All were returned to the donors.” 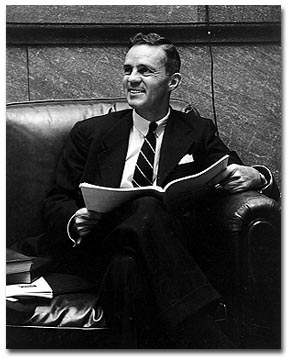 Courtesy of the Harvard University Archives.

Clark held to his promise to remain in office only one term, but his political career continued—in Washington. In 1956 as in ’52, Clark inspired an end to the Pennsylvanian tradition of electing Republicans, ascending to the 85th United States Congress as a Senator. Hailed by the United Press as a “political Jack the Giant Killer,” Clark remained an ardent Democrat. “You just can’t get anything done in the Republican Party,” he said. Clark was reelected in 1962, but failed to win in 1968.

He moved on to become a professor at Temple University the following year. In the remaining twenty years of his life, Clark served as president of the World Federalists, U.S.A., continuing his involvement in local, national, and international politics. Honored with degrees from Temple University, Harvard University, Haverford College, and the University of Pennsylvania, Clark left the legacy of Members of Congress for Peace through Law, an organization he founded while in office. The legacy for which he is best remembered, however, is his dedication to reform in a corrupt community—the work of an honest politician.