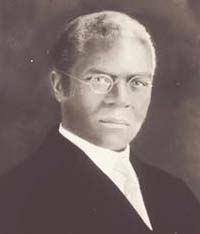 Known for his work at the Suffolk Normal Training School, Jordan was one of the earliest black Universalist ministers. Born on June 6, 1863 in Gates County, North Carolina, of slave parents, William and Anne, Jordan became an apprentice bricklayer and plasterer. His attendance at a Methodist church led to an early career of preaching, and an appointment as a presiding elder in the Methodist church. He graduated from the State Normal School for Negroes at Plymouth, North Carolina. He was married twice, and widowed twice. His concerns about endless punishment were alleviated by his conversion to Universalism by hearing the preaching of Quillen Shinn. Jordan spent a year studying at St. Lawrence as a special student, received a preaching license in 1903, and then went to work with Thomas Wise in Suffolk, Virginia, who was continuing the work started by Joseph H. Jordan (no relation), the first black Universalist minister.

Joseph F. Jordan received Universalist fellowship when he became principal of the Suffolk Normal Training School in 1904, and he also served a congregation which had 50 families, and a church school of 44. In 1909 the school had 129 students. Both school and church were remarkable reversals from near defunct organizations in 1904. Jordan also published what was intended to be a monthly paper, The Colored Universalist. He was active in the temperance movement as well. At first Jordan called his school The St. Paul Mission School, and he hoped to make it into an industrial college. By 1915 the students were divided in half, attending on alternate days. Jordan also served as a probation officer for about 700 black youths in Suffolk. He maintained cordial relationships between blacks and whites. Despite some prejudice against his Universalist faith, and prevailing racism, Jordan’s work seems to have been respected. He remained there as the principal of the school at Suffolk until his death on May 1, 1929, after which the church dissolved, but the school continued under his daughter, Annie Willis.