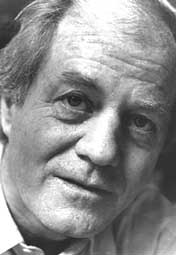 Jonathan Schell’s penetrating mind has long sounded the single, most perplexing question humankind has ever faced: how can we avert nuclear Armageddon? His solution is as simple as it is complex: through the universal abolition of nuclear weapons.

For a generation of progressive, antinuclear thinking Americans, people who took to the country’s streets and Central Parks to wage peace in order to pass on to their children a nuclear-free world, Schell’s The Fate of the Earth (1982) was the Good Book. He followed it in 1984 with The Abolition, and in 1988 with The Gift of Time—works that, unlike the best-seller Fate of the Earth, quickly turned up on remnant tables. Now, as the international order is once more in a state of upheaval (Schell: “The world has entered a new nuclear age, a second nuclear age. The danger is rising that nuclear weapons will be used against the United States. Just as bad, the danger is rising that the United States will use nuclear weapons against others.”), he has published The Unconquerable World: Power, Nonviolence, and the Will of the People, a compelling meditation on the alternatives to nuclear blackmail and force as ways of shaping human destiny—and the chart of our one escape route.

Click here for supplemental reading about Jonathan Schell on Amazon.