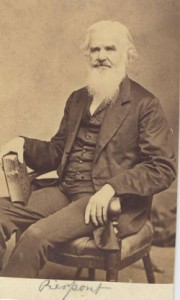 Upon the monument erected to John Pierpont in Mt. Auburn Cemetery is the following inscription—“Poet, Patriot, Preacher, Philosopher, Philanthropist, Pierpont,”—and it would be impossible to find words more closely descriptive of his life and work, indicating at once the versatility of his genius and the grandeur of his ideals. Throughout his long and checkered career he showed the inspiration of the poet, the moral enthusiasm of the patriot, the religious fervor of the preacher, the sympathetic humanitarianism of the philanthropist, and the intellectual ability and self-reliant courage of the family whose name he bore.

John Pierpont was born in the town of Litchfield, Connecticut on April 6, 1785, and died at Medford, Mass., on August 27, 1866. He came of a well-known New England family of distinguished intelligence and character. His great-grandfather, James Pierpont, was the second minister in New Haven and one of the founders of Yale College. His father was a substantial farmer and honored citizen of Litchfield, and his mother, Elizabeth Collins, was a woman of strong religious character. In one of his later poems he wrote of her:

“She led me first to God, Her words and prayers were my young spirit’s dew.”

At the age of fifteen he entered Yale College, and was graduated in 1804. After a few months as an assistant in the academy at Bethlehem, Conn., he was engaged for nearly four years as private tutor in the family of Colonel William Allston in South Carolina. While there, he began the study of law, which he continued in Litchfield, after his return, in 1809.

In 1812 he was admitted to the bar, and began his practice in Newburyport, Mass., removing, however, soon after to Boston. Although admirably adapted in many ways to the profession, he was not successful in it, and soon retired into the dry-goods business with his friends, Joseph L. Lord and John Neal. Here, again, he was unsuccessful, and, after representing the firm for a short time in Baltimore, he returned, on account of its failure, to Boston.

In the meantime, however, though unfortunate as a lawyer and in business, he had been earning a reputation as a poet. He had published as early as 1812 “The Portrait,” a poem written for the Washington Benevolent Society of Newburyport. In 1816, while in Baltimore, he published the “Airs of Palestine,” of which a second and third edition were issued in Boston the year following. Of this poem Griswold says, in his Poets and Poetry of America:

The religious sublimity of the sentiments, the beauty of the language, and the finish of the versification placed it at once, in the judgment of all competent to form an opinion on the subject, before any poem at that time produced in America.

In 1816 Mr. Pierpont entered the Harvard Divinity School. Although educated in the Calvinistic belief, having been for several years a member of the Rev. Lyman Beecher’s congregation, and although he had been associated with the Orthodox Society in Newburyport, he had taken upon his removal to Boston a seat in Brattle Street Church. Later he had become interested in the Unitarian movement in Baltimore, and was present at the first public meeting, assisting in the religious services. It was no new or sudden interest, therefore, that led him into the Unitarian ministry.

He was ordained minister of Hollis Street Church (April, 1819), succeeding the Rev. Horace Holley. Here he spent twenty-five years in the peaceful and successful discharge of his duties as a minister and a citizen. He was deeply beloved as a pastor, popular as a preacher, almost idolized by his friends and parishioners, respected and honored by all. He was not only the minister of a prominent and influential church, but also the public-spirited citizen, always ready to serve the community in all possible ways.

In public addresses, in poems written for special occasions, in the service of the public schools, charities, and good government, and even by practical inventions, he poured forth his abundant energy and patriotic zeal. In 1823 he published The American First Class Book, and in 1827 The National Reader, of both of which many editions were printed. In 1840 a collection of his poems was issued, and a second edition in 1854. He was one of the early contributors to the Christian Register, and was active in all the affairs of his denomination. Believing in the forward movement and in the necessity of organization, he allied himself with the progressive party, and took an enthusiastic part in organizing the American Unitarian Association. He said, “We have and we must have the name Unitarian.” 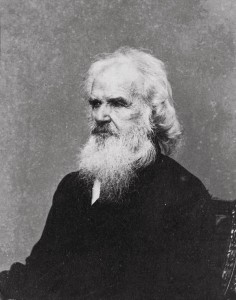 But the moral enthusiasm and fearlessness which gave him such power in his pulpit utterances and public service stirred at last the opposition of a portion of his congregation, and led to a controversy which cast a heavy shadow over the closing years of his Boston ministry. Many questions of public interest had arisen in which moral issues were involved, such as imprisonment for debt, the peace movement, slavery, and the temperance reform. It was impossible for a man of Pierpont’s convictions and courage to refrain from taking part in the discussions, and he was soon recognized as a leader in movements, especially in the cause of anti-slavery and total abstinence. For him, to see a wrong was to attack it. His trumpet gave forth no uncertain sound. His printed sermons upon “Moral Rule in Political Action,” “The Covenant with Judas,” “The Things that make for Peace,” and “The Burning of the Ephesian Letters,” were masterpieces of keen logic and prophetic eloquence.

In his poems, “The Tocsin,” “The Sparkling Bowl,” “The Fugitive Slave’s Apostrophe to the North Star,” and many others, he poured out his soul without measure, searching the conscience of his times. Not always temperate in speech, he was always sincere. “He felt,” one says of him, “that he had no right to preach smooth things when rough were needed,” but he was always the true gentleman, dignified, courteous, self-possessed.

But such a preacher, at such a time, must needs give offence. Beneath Hollis Street Church was a storage room for New England rum, and much of the wealth of the parish had been acquired in that business. The anti-slavery cause also divided the people. Moreover, it was an offence, a violation of conventional good taste and ecclesiastical traditions, to introduce such “exciting topics” into the pulpit; and the result was a controversy within the church which crystallized in an effort to force Mr. Pierpont from the pulpit, and finally in a trial, upon many charges, before a council of Boston ministers, although the chief cause of offence was his temperance preaching.

In refusing to resign and in demanding a fair trial, Mr. Pierpont felt that he was defending not only himself, but the freedom of the pulpit. He was standing for a principle, and could not yield. As the controversy dragged out its weary length, many hard and even harsh things were said upon both sides. The majority of the parishioners, if not of the pew-owners, were with him, but the opposition was wealthy and influential. On August 9, 1841, the decision of the council was given, finding the defendant innocent of all charges affecting his moral character and declaring that no sufficient reason existed for dissolving the connection between him and his parish. It is true that the council took occasion to express its disapproval of Mr. Pierpont’s conduct on some occasions, referring to the manner in which he had conducted the controversy, but with this exception the verdict was a complete victory both for him and the principle for which he stood.

Unfortunate as the controversy was in some of its aspects, it undoubtedly had its effect in securing a greater independence for all ministers and a larger liberty for every pulpit in the land.

Dr. Cyrus A. Bartol said of its hero, “As a strong man lifts a struggling child to his shoulders, so he raised us all.”

Mr. Pierpont continued to serve as the minister of Hollis Street Church until his resignation in 1845.

He then accepted a call to Troy, N.Y., where he remained until 1849, when he became the minister of the Unitarian church in Medford, Mass. He resigned in 1856, but continued to reside in Medford, spending much of his time in lecturing throughout the country upon temperance. He had also become deeply interested in phrenology and spiritualism, his interest in the former bringing him into a close personal friendship with its chief exponent, Dr. Kaspar Spurzhelm.

To the cause of anti-slavery he was always true. At the Unitarian Convention held at Springfield, Mass., in 1850, he introduced the resolutions opposing the Fugitive Slave Law. Though an abolitionist, he was at the same time a loyal supporter of the national government, and this led him in 1863, though seventy-six years of age, to volunteer as chaplain of the 22nd Massachusetts Infantry upon condition “that they should not march around Baltimore.” “It was,” writes one who knew him well, “a magnificent blast of sentiment.” But sentiment will not supply the place of physical strength, and the old hero had for once overestimated his own vigor and underrated the hardships of military life. He marched with his regiment to Washington, but after a few weeks of severe camp life he resigned his post. He was offered a position in the Treasury Department, and for three years found congenial employment in making a digest of the decisions of the Department of Customs. After completing this work, for which he received the formal thanks of the Department, he continued to reside in Washington, making occasional visits in the East. He died, without warning, while visiting his friends in Medford in August, 1866.

In person Mr. Pierpont is described as tall and of a commanding presence, straight and spare, not graceful, but always impressive. In spirit he was the Christian warrior, deeply religious, intensely ethical, enthusiastic in his friendship for all mankind. He took an active interest in all the benevolent and philanthropic movements of his time, the Sunday-schools, the Seamen’s Bethel, the Ministry-at-large, the Children’s Mission, and kindred institutions.

As a poet, though enjoying a wide reputation in his day and occasionally rising to heights of moral and religious inspiration, he will be remembered best by a few hymns which have found a permanent place in Christian literature.

In the educational world he won the respect and gratitude of thousands of teachers by his series of Readers, which introduced the pupils of the schools to the best literature and exercised a most refining influence over the taste and literary culture of the times. He was for several years a member of the School Committee, and the city of Boston was largely indebted to him for the establishment of the English High School in 1821.

As a preacher, he was eloquent, incisive, prophetic. As a reformer, he was bold, steadfast, unflinching. As a man, he was upright, full of tenderness and sympathy, a Puritan in his devotion to duty, a patriot in his ideals of good citizenship, a philanthropist in his love of all mankind.

The Biography of James Pierpont